Stanford researchers discovered that some of the chimpanzees in the Gombe Stream National Park, made famous by primatologist Jane Goodall, have a genetic varient that may help prevent them from succumbing to the primate equivalent of HIV.
Emily Wroblewski

A gene variant in chimpanzees in a Tanzanian wildlife preserve probably protects them from rapidly succumbing to the primate equivalent of HIV, Stanford University School of Medicine scientists have discovered.

A gene variant is a naturally occurring difference in the DNA sequence of a gene. Part of the chimp variant strongly resembles that of an analogous human variant known to slow the human immunodeficiency virus’ progression to AIDS.

The wild chimps inhabit Gombe Stream National Park, a 13.5-square-mile preserve where they have been continuously observed from afar since famed primatologist Jane Goodall, PhD, began monitoring them more than 50 years ago.

The gene in question is subject to evolutionary pressures that normally cause it to change rapidly over evolutionary time, resulting in many variants with diverse sequences. So the striking similarity of a section of the chimp and a section of the human variant implies two things, said Peter Parham, PhD, professor of structural biology and of microbiology and immunology. First, hominids have been fighting off HIV-like viruses at least since the two related species diverged some 5 million years ago. Second, because that particular section of the gene variant hasn’t changed much since then, it probably plays an important role in increased survival among those inheriting it.

“Only a part of the chimp gene variant’s sequence looks a lot like the human one. That immediately tells us this is the important part of the gene,” said Parham, the senior author of a study describing the findings, published online May 28 in PLOS Biology. Unlocking this sequence’s significance could yield not only biological insights but also pharmaceutical or, someday, perhaps even gene-therapy applications that enhance HIV-infected people’s ability to avoid disease progression to AIDS, he said.

One of Parham’s research focuses is a set of three genes in the major histocompatibility complex. The MHC codes for proteins that help the immune system recognize foreign substances. These proteins sit on the surface of virtually every vertebrate cell, where they serve as display cases for peptides — small pieces of proteins, chopped out of proteins that once resided inside that cell. It’s the fate of all of a cell’s proteins to eventually be degraded into peptides, which get transported to the cell’s surface and encased in MHC proteins. This enables roving immune cells called T cells to inspect tissues and detect any peptides carved from proteins that are of foreign origin, such as those of a virus that has infected a cell, or have been altered, as in a cancerous cell. T cells often quickly mount an attack on cells bearing foreign or altered proteins. The Stanford team worked with other researchers to secure fecal samples from the chimps in the Gombe preserve to extract RNA and DNA for testing.
Emily Wroblewski

In humans, HLA-B, one of the three genes in the MHC complex, is the blueprint for a protein that is the appropriate display case for a peptide from Gag, an HIV protein that manifests early in the course of infection. Studies have shown that HIV-infected people who carry a particular variant of this gene, known as HLA-B*57:01, resist progression to AIDS. Scientists think this is because the cell-surface protein encoded by the B*57:01 variant, which is present in about one in 10 people, displays its captive Gag peptide in a way that especially catches T cells’ attention. Although the virus can mutate so its Gag protein is invisible to T cells, it doesn’t get much time to do that — and even then, success comes at a cost, Parham said. The resulting virus can’t replicate as efficiently, so the disease can’t progress as quickly to the full-blown, symptomatic stage.

The Gombe chimps belong to one of four subspecies. In genetic studies of the other chimp subspecies, the protective gene variant found in the new study hasn’t previously been seen. But all those studies were done on captive chimps who weren’t infected with simian immunodeficiency virus, a close relative of HIV.

In the Gombe chimps, SIV is endemic. “About one in four animals is infected,” Parham said. But the likelihood of infection isn’t distributed equally among them. The roughly 125 chimps occupying the Gombe’s mountainous terrain during the study’s course lived in three geographically distinct communities. While the northern and central groups had low SIV-infection rates, that virus has a strong grip on the southern community. In this community, the newly discovered gene variant became more frequent over the study period, suggesting it may have been naturally selected for its capacity to enhance chimps’ survival to reproductive age and beyond. The Parham group’s genetic analysis supports that suggestion.

The original thrust of the study, Parham said, was to compare the MHC diversity of wild versus captive chimp populations to see how real-world exposures to pathogens might affect relative frequencies of various versions of particular MHC genes.

Close human contact with the Gombe chimpanzees is prohibited, so obtaining genetic material from them wasn’t easy. Lead author Emily Wroblewski, PhD, a postdoctoral scholar in Parham’s lab, recruited her former PhD adviser from the University of Minnesota, behavioral ecologist Anne Pusey, PhD, who had done her graduate work in Gombe in the 1970s under the direction of Goodall. Wroblewski, who herself had spent 1½ years in the Gombe doing field work for her PhD thesis, also brought in prominent SIV virologist Beatrice Hahn, MD, now at the University of Pennsylvania. In 2000, Hahn developed methods for extracting DNA and RNA from chimp feces. Over the past 15 years, she has established a large collection of fecal samples, now housed in Philadelphia. Both Pusey, now at Duke University, and Hahn are co-authors of the study.

Because the animals have been so carefully watched for so long, albeit always at a distance, each sample can be matched to a particular individual whose habits, maternal lineage and present social affiliations are known. 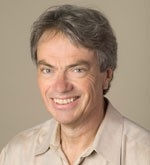 Wroblewski traveled to the Hahn lab, at the time in Birmingham, Alabama; coordinated the shipment of almost 300 fecal samples — at least two or three per chimp — from freezers in Hahn’s laboratory to Stanford; and returned to Parham’s lab, where she set up shop in one corner and began extracting DNA from the samples. Her DNA analysis permitted assessments of the chimps’ MHC genes’ status, and RNA analysis done by the Hahn lab enabled taking counts of SIV, which, like its cousin HIV, is an RNA virus.

Chimps have an MHC gene, PATR-B, that is functionally analogous to our HLA-B gene. The analysis found 11 different variants of PATR-B in the Gombe chimps, a surprisingly large number for such a tiny population. “Seven of these variants had never been seen in captive chimp populations,” Wroblewski said.

After analyzing the first few dozen samples, Wroblewski noticed that the southern community showed an increase in frequency over time of one hitherto unseen variant of PATR-B called B*06:03. Further analysis showed that a stretch of B*06:03 was nearly identical to a stretch on B*57:01, the human gene variant associated with slower AIDS progression. Notably, fecal samples from SIV-infected chimps with the B*06:03 version of PATR-B had lower SIV tallies than those from similarly infected chimps without that variant.

“I found this to be quite exciting,” said Wroblewski. “Fecal counts of SIV are a good proxy of viral load in the blood, which we have no easy way of measuring in Gombe chimps because we can’t draw blood from them.”

Parham said, “When a traditional field in biology starts to use new technology, it opens up enormous potential.”

Other Stanford co-authors of the study are senior scientists Paul Norman, PhD, and Lisbeth Guethlein, PhD.