Kidney disease on the rise, but patients on dialysis or with kidney transplantation living longer

ANN ARBOR, Mich. – Fewer new cases of end-stage renal disease are being reported in the United States and mortality rates are declining, indicating that patients on dialysis or with a kidney transplant are living longer.

Across the country, 636,905 people are being treated for end-stage renal disease by dialysis or kidney transplantation, but the number of new cases is declining.

The trends were revealed by the United States Renal Data System (USRDS) coordinating center, based at the University of Michigan in partnership with Arbor Research Collaborative for Health, in its 2014 annual data report on the state of kidney disease in the United States.

Because of an aging and overweight population, end-stage kidney disease – a condition in which the kidneys lose their ability to remove excess fluid and waste from the body — and chronic kidney disease are growing public health issues.

Across the country, 636,905 people are being treated for end-stage renal disease by dialysis or kidney transplantation, including the 114,813 new patients who were diagnosed with kidney failure in 2012. For three years in a row, from 2010-2012, the growth rate in the number of new cases has declined. 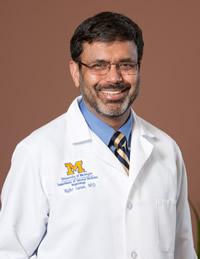 “It is too soon to declare victory on the war against the rising tide of kidney failure, but our analysis provides some good news about kidney disease in the U.S.,” says kidney specialist Rajiv Saran, M.D., director of the USRDS coordinating center.  “We will follow these trends closely to see whether they are sustained over the coming years, study what factors may be responsible for bringing about this positive change, and explore how it may be even further accelerated.”

Total Medicare expenditures for all stages of kidney disease was over $87 billion in 2012, according to the analysis by the USRDS data center, not including prescription medications. Most of the cost, about $58 billion, was spent caring for those with chronic kidney disease.

Nearly 14 percent of the adult population has chronic kidney disease, a mostly silent disease that can progress to end-stage renal disease, or kidney failure. Often caused by diabetes and high blood pressure, others at high risk for CKD are those with a family history of kidney disease, acute kidney injury, or obesity, as well as adults age 50 and older and minorities.

“A comprehensive approach to improving kidney health should include prevention and awareness of chronic kidney disease,” says Saran. “Warning signs are minimal or non-existent, but simple tests can help with early diagnosis.”

The USRDS is a national data system that collects, analyzes and distributes information about CKD and ESRD.