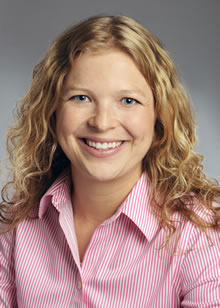 The study of patients in Georgia dialysis facilities between 2005 and 2011 was led by Rachel Patzer, PhD, MPH, assistant professor of surgery in Emory University School of Medicine and Rollins School of Public Health and is published in the Journal of the American Medical Association (JAMA).

For the majority of the more than 600,000 patients in the US who have ESRD, kidney transplantation offers longer survival, better quality of life and lower costs compared to the alternative treatment of dialysis.

“Georgia has the lowest kidney transplant rates of any state in the nation, and our research team wanted to find out whether this low rate was related to how dialysis centers refer patients to transplant centers,” says Patzer.

The Centers for Medicare and Medicaid Services (CMS) requires U.S. dialysis facilities to educate patients with ESRD about all treatment options, including transplantation, and referral to a transplant center to start the transplant medical evaluation is the next step to initiate the process.

The researchers analyzed data from 15,279 adult patients with ESRD at 308 Georgia dialysis facilities from January 2005 to September 2011, followed through September 2012. They linked those data to referrals received by the three kidney transplant centers in Georgia and wait-listing of patients for transplant.

Factors associated with a lower percentage of referrals for transplant also included older age and white race, but these factors were not always the same as those associated with lower rates of waitlisting.

“Variability in dialysis facility referral may be contributing to the inequities in access to kidney transplantation that we and others have already found,” says Patzer. “Our study shows the need to analyze all the steps leading to kidney transplant in order to determine the reasons for low rates of transplant as well as disparities. For example, we found that black patients were referred for evaluation more often than white patients, but that a greater percentage of white patients were waitlisted after referral. There may be a variety of reasons for this difference, but without data on dialysis facility referrals, we might have concluded that these disparities began during the referral stage.”

The authors believe their findings may have implications for health policy makers, researchers, clinicians and patients. The low percentage of facility referrals and variability across Georgia suggests that standardized guidelines and national policies are needed for patient education regarding treatment options when dialysis begins.

“Researchers should continue to develop, test and implement interventions to improve knowledge about transplantation among clinicians and patients,” they say, with a special focus on dialysis facilities with the lowest percentage of patients with ESRD referred for kidney transplantation.

“Interventions are important in the Southeastern U.S., where we have the lowest access to kidney transplantation in the nation,” Patzer says.

However, there are no national data on referral. Patzer noted that it was only due to the collaboration of all of the transplant centers in the state through their Southeastern Kidney Transplant Coalition partnership that these data were able to be studied in Georgia.

“Our data emphasize the importance of measuring referral for transplantation to capture its variability both within and between regions,” say the authors. “Because we found that factors associated with referral and waitlisting may differ, it is important to highlight possible discrepancies between dialysis facilities’ perceptions of appropriate referrals and the reality of which patients are actually waitlisted and undergo transplantation in practice. National data collection on referral is needed to examine whether findings in Georgia are generalizable to other regions of the country.”

The research was funded by the National Institute on Minority Health and Health Disparities, grant #R24MD008077.