Home » Lungs & Breathing » Rapid detection of resistant tuberculosis, other pathogens on the horizon 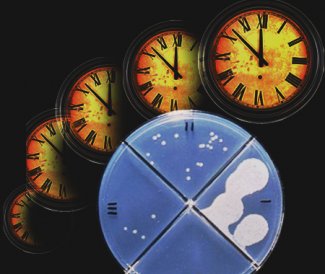 During this period, patients are often treated with ineffective drugs and can continue to spread their illness as time slips away. This problem is not unique to tuberculosis – quicker diagnostics are urgently needed for all infectious diseases.

Deborah Hung, a core faculty member of the Broad Institute, an infectious disease physician, a bacterial geneticist and chemical biologist, sees faster diagnosis and identification of resistance as a critical need and a solvable problem. “There’s no excuse for our not solving this,” said Hung, who is also the co-director of the Broad Institute’s Infectious Disease Program and an assistant professor at Harvard Medical School and Massachusetts General Hospital. “It sounds so obvious: the correct antibiotic earlier, even hours earlier in some cases, saves lives. Why don’t we have the information that we need, to know what antibiotic we can use, sooner? There’s really no excuse in this day and age.”

The standard way of determining antibiotic resistance is to see if bacteria will grow on a cell culture dish (shown here) in the presence of an antibiotic. But long before growth is inhibited, changes are happening within sensitive bacteria. Researchers have developed a new technique to rapidly identify a wide range of pathogens and determine antibiotic susceptibility. Image created by Lauren Solomon, photo courtesy of the CDC and istockphoto/© Karen Mower.

Hung and her colleagues have been working to tackle this problem using a new approach that may represent a shift in diagnostic thinking. In a paper appearing this week in the journal Proceedings of the National Academy of Sciences, they present results indicating that it may be possible to rapidly diagnose patients and determine antibiotic resistance or susceptibility. The strategy could be applied to not only tuberculosis, but also a wide range of pathogens, including other bacterial species as well as viruses and fungi.

Currently, diagnosing infections usually involves culturing the agent from patient samples, and then carrying out a collection of other assays to determine its precise identity. Andrew Onderdonk, director of the clinical microbiology laboratory at Brigham and Women’s Hospital and an author of the paper, sees having a fast way to both identify pathogens and determine resistance as a critical piece now missing in the clinic.

“Not having a way to rapidly determine what antibiotics are going to work against a particular organism has been a real impediment,” he said. “It doesn’t do a lot of good for me to be able to tell a physician quickly that a patient has a certain bacterial infection when I can’t tell them what drugs to use against it.”

Today, the standard way of determining antibiotic resistance is to see if bacteria will grow on a cell culture dish in the presence of an antibiotic. But long before growth is inhibited, changes are happening within sensitive bacteria. These vulnerable bacteria will respond to a drug by turning up and down certain genes, changing their transcriptional programming as the drug effectively blocks cellular processes and causes stress to the bacteria. These changes can be seen in their RNA transcripts – read outs of what genes are on and off at a certain point in time.

“Antibiotics have an unseen effect on bacteria in a matter of hours, even minutes in many cases,” said James Gomez, a co-first author of the PNAS paper and a research scientist in the Broad Institute’s Infectious Disease Program. “This means that RNA transcriptional signatures are going to be a super fast way to tell if bacteria are reacting to antibiotic treatment.”

The new technique has many applications, but may be especially pertinent to improving the speed of diagnosis and treatment for patients with diseases like tuberculosis. Compared to other bacteria, tuberculosis grows very slowly in the lab, meaning that it can take weeks to conclusively determine susceptibility using standard techniques. The researchers’ RNA-based approach could drastically reduce the time it takes to find these answers.

“Tuberculosis, especially drug-resistant tuberculosis, is a serious global threat,” said Eric Lander, director of the Broad Institute. “Deb Hung and her team have devised a tremendously innovative way to address the critical need to detect drug resistance in hours not weeks.”

Other researchers have developed DNA-based strategies to detect bacteria and determine antibiotic resistance, looking for specific genes or mutations known to confer resistance. “Such methods are limited by our current state of knowledge,” said Gomez. “You have to already know what all the underlying mutations are and we simply don’t know in many cases. Here, we’re directly measuring whether the bacteria are responding to an antibiotic.”

“Diagnostics in infectious disease is a solvable problem, but it requires creativity and commitment, and a willingness to think beyond the status quo,” said Hung, referring to current diagnostic measures that rely on waiting for bacteria to live or die on in a cell culture. “It’s a shift in mindset to say, looking at expression signatures is good enough to predict if a bacterial cell is fated to death without literally having to document that it’s died.”

The RNA-based technique will need to be tested more widely and applied to clinical samples for validation. So far, the researchers have tested the technique on clinical urine samples, detecting three strains of bacteria that can cause urinary tract infections and determining which strains were antibiotic-resistant. They have also used clinical isolates and lab isolates of tuberculosis to measure transcriptional responses to antibiotics, but the real test will come when the researchers make such measurements in sputum samples collected directly from patients.

Although much work lies ahead in testing the technique and in developing and adapting the technology that empowers it for the clinic, Onderdonk sees the new approach as potentially transformative for many infectious diseases. “This is a technology with potentially huge applications in clinical microbiology,” he said. “I’ve been waiting for something like this to come along for twenty years.”

Many factors will need to come together to drive the project forward and bring such techniques to the clinic. “To get somewhere with this diagnostic or any other fundamentally new approach is going to require an incredible, interdisciplinary effort,” Hung said. “Detection requires microbiological expertise, but it also requires people with different backgrounds and knowledge, from genomics and bioinformatics to engineering, to come together. We cannot forever diagnose infection and antibiotic susceptibility the way that we currently do. It’s simply not good enough; it simply is not fast enough.”