However not only could it help them to trophy success, it could also allow them to beat anti-doping tests. A team led by Professor Declan Naughton from the University’s School of Life Sciences found that red wine might reduce the amount of testosterone excreted by the body, which could distort the findings of drug tests taken from urine samples.

Testosterone is a naturally-occurring steroid hormone present in both men and women. It can increase muscle mass, boost stamina and speed up recovery. Sportspeople, however, are prohibited from taking it, or a synthetic version of it, to try to gain a competitive edge.

Although red wine is not a banned substance away from the sports field, Professor Naughton’s team has referred its findings to the World Anti-Doping Agency because of the newly-discovered side effect of potential change to the amount of testosterone in the body.

“Previous research has shown the effect over-the-counter anti-inflammatory drugs can have on enzymes,” Professor Naughton explained. “Since many of these drugs are derived from plants, we decided to look at the effect particular foods and beverages can have on enzymes involved in testosterone excretion. We chose green tea and then red wine because both have a huge variety of natural molecules and we wanted to see if they affected the amount of testosterone excreted in urine.” 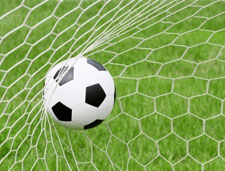 The team found that a compound in red wine, known as quercetin, partially blocked the action of an enzyme called UGT2B17 which looks for testosterone and then sends a message to the kidneys to excrete it.

Professor Naughton emphasised that the research had so far been conducted in test tube experiments and had yet to be trialled on humans. “A full clinical study would be needed to determine the effects on people but, if the same results were found, it would confirm that compounds in red wine can reduce the amount of testosterone in urine and give a boost to testosterone levels,” he explained.

The effect of red wine on an individual would vary because of factors such as weight, fitness, health and diet, making it hard to estimate how much was needed to improve performance, Professor Naughton said.

Teetotallers are not exempt from the effects. In fact, the alcohol content of red wine has very little impact because non-alcoholic molecules are responsible for inhibiting testosterone excretion.

The team also found the results were the same for red wine extract in supplement form. The active compounds such as quercetin are found in many foodstuffs as well as supplements.

The findings have been published in leading international journal Nutrition. The research follows an earlier study from Professor Naughton’s team which showed that green and white tea could also inhibit testosterone excretion.