Houston-Eliminating tens of thousands of manual lab experiments, two University of Houston (UH) professors are working toward a method to cut the development time of new antibiotics. While current practices typically last for more than a decade, a computerized modeling system being developed at UH will speed up this process. 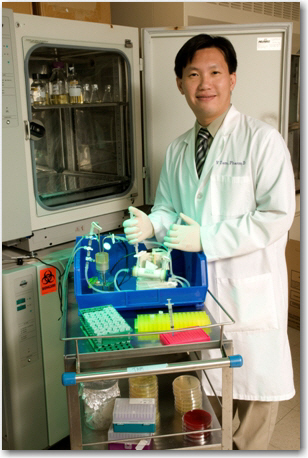 Vincent Tam, associate professor of clinical sciences, and Michael Nikolaou, professor of chemical and biomolecular engineering, are focusing on dosing regimens to reveal which ones are most likely to be effective in combating infection and which are not worth pursuing. It is hoped that pharmaceutical companies can then focus their tests on the most promising regimens.

Their findings recently were the subject of a cover story titled “A Novel Approach to Pharmacodynamic Assessment of Antimicrobial Agents: New Insights to Dosing Regimen Design,” appearing in the Public Library of Science’s PLoS Computational Biology. The journal aims to further the understanding of living systems – from molecules to humans – through the application of computational methods. This article chronicles the results of a three-year endeavor that was initially funded by a $400,000 grant from the National Science Foundation.

“With microbial resistance to drugs increasing, there is a need to develop new antimicrobial agents rapidly,” Tam said. “Our work proposes a new computational method that will provide quantitative insight to the interaction between certain antibiotics and pathogens. Through pharmacodynamic modeling, which studies the effects of drugs on organisms, our aim is to both help develop new antibiotics and optimize existing medications to curb the prevalence of drug-resistant bacteria.”

The traditional approach to drug development involves a great deal of trial-and-error testing, such as empirically selecting a handful of dosing regimens for clinical investigations among hundreds of possibilities – only time will tell its effectiveness. Tam and Nikolaou, however, are employing computer modeling and simulation to project how bacteria would respond to different exposures of a drug, focusing on how much medicine a patient should take, how often it should be taken and for how many days. Subsequent investigations in clinical studies can then target those dosing methods that have the highest probabilities of success. 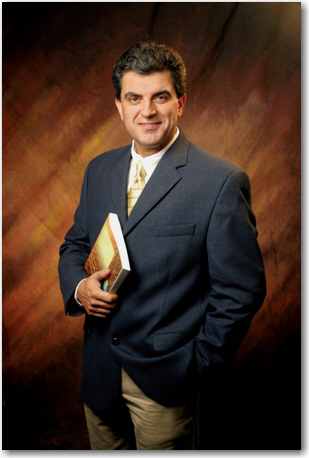 Tam, an expert on experimental therapeutics, and Nikolaou, with a background in computer-aided systems engineering, forged their collaboration through a seed grant from UH before they attracted external funding. Their modeling approach relies on fundamental laws of nature, which are exploited to generate future projections from scant experimental inputs through computer simulation. This has been demonstrated to be better than simple human eyeballing.

“Our approach gives us the ability to take extra variables into consideration in an attempt to develop a more robust computational tool that covers a wider spectrum of relevant scenarios in new drug development,” Nikolaou said. “Some pharmaceutical companies are following our developments closely, and we are in the process of refining a model prototype in the form of a computer program to ultimately be used in a clinical setting.”

NOTE TO JOURNALISTS:  High-resolution photos of Vincent Tam and Michael Nikolaou are available to media by contacting Lisa Merkl.

About the Cullen College of Engineering
For more than 69 years, the UH Cullen College of Engineering has played a vitally important role in educating engineers in Texas. Its nationally-competitive programs are taught by innovative faculty, eleven of whom are members of the National Academy of Engineering. The college offers degree programs in biomedical, chemical, civil, computer, electrical, environmental, industrial, mechanical and petroleum engineering with specialty programs in materials, aerospace and computer and systems engineering.