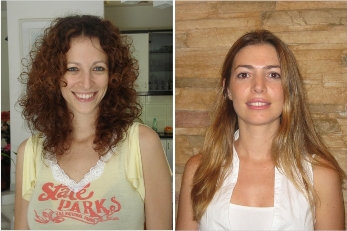 The molecule, known as Lysyl-tRNA synthetase (or LysRS in brief) is one of the most ancient molecules in the cell, where it has long been recognized for its contribution in the translation of the information contained in RNA into the amino acids that make up proteins. Amino acids are organic compounds which are present in and vital to every living cell.

Now, the Hebrew University scientists have discovered that LysRS plays an important additional role as a central regulator controlling expression of various genes. In this additional role, LysRS ceases its previous function at a certain point and participates in a chain of events that causes the freeing of inhibitors that prevent expression of certain genes.

The researchers say that this research has particularly great importance, since LysRS is known to be involved in diseases such as AIDS and cancers. The virus HIV uses the host’s cellular LysRS in the process of replication. High levels of LysRS also have been observed in certain cancers, such as breast cancer. The specific molecular mechanisms in these contexts remain to be discovered.

An ability to understand the regulatory effect played by LysRS in various diseases could make an important contribution to the worldwide search for therapies that would control the “turning on” or “turning off” of specific genes that are operative in those diseases, they emphasize.

This research was performed by doctoral students Nurit Yannay-Cohen and Irit Carmi-Levy within the Department of Biochemistry and Molecular Biology, the Institute for Medical Research – Israel-Canada, at the Hebrew University Faculty of Medicine. The research was done under the guidance of Prof. Ehud Razin, former dean of the faculty, and Dr. Hovav Nechushtan. Their work was published in the journal Molecular Cell.