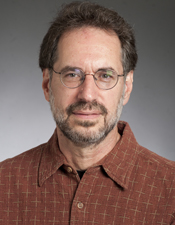 Published in the Journal of the American Medical Association (JAMA) and led by Carnegie Mellon’s Sheldon Cohen, the study found that the length of telomeres – protective cap-like protein complexes at the ends of chromosomes – predicts resistance to upper respiratory infections in young and midlife adults. Telomere length is a biomarker of aging with telomeres shortening with increasing chronological age. As a cell’s telomeres shorten, it loses its ability to function normally and eventually dies.  Having shorter telomeres is associated with early onset of aging related diseases such as cardiovascular disease and cancer, and with mortality in older adults. Unknown until now is whether telomere length plays a role in the health of young to midlife adults.

“Our work suggests the possibility that telomere length is a relatively consistent marker across the life span and that it can start predicting disease susceptibility in young adulthood,” said Cohen, the Robert E. Doherty Professor of Psychology in CMU’s Dietrich College of Humanities and Social Sciences. “We knew that people in their late 50s and older with shorter telomeres are at a greater risk for illness and mortality. We also knew that factors other than aging, such as chronic stress and poor health behaviors, are associated with shorter telomeres in older people. Consequently, we expected that younger people would vary in their telomere length as well and wanted to see what this would mean for their health.”

Cohen and his team measured the telomere length of white blood cells from 152 healthy volunteers aged 18-55. These individuals were then exposed to a rhinovirus, which causes a common cold, and quarantined for five days to see if they actually developed an infection.

The results showed that participants with shorter telomeres were more likely to become infected by the cold virus. Further, although there was no relationship between telomere length and infection among the youngest participants (ages 18-21), beginning at about age 22, telomere length started to predict whether individuals would develop an infection. As participant age increased, telomere length became an even stronger predictor. Additionally, telomere length of a specific type of white blood cell – a CD8CD28- T-cytolytic cell – was a superior predictor of infection and cold symptoms than other white blood cell types. The telomeres found in CD8CD28- cells shorten more quickly than those found in other cell types, and previous research has found shorter telomere length in these cells to be associated with decreases in markers of immune competence.

“These cells are important in eliminating infected cells and those with shorter telomeres in the CD8CD28- cell population may be at greater risk for infection because they have fewer functional cells available to respond to the [cold] virus,” Cohen said. “The superior ability of CD8CD28- T-cytolytic cells to predict infection gives us an idea of which cells to focus on in future work on how telomere length influences the immune system’s response to infection and other immune-related challenges.”

Cohen added, “The increased importance of telomere length with age is likely because the younger participants had fewer very short telomeres, or that their young immune systems were able to compensate for the loss of effective cells.”

Cohen emphasized that “this is preliminary research and further work with other viruses and with natural infections will help clarify its implications.”

The National Center for Complementary and Alternative Medicine and the National Institute of Allergy and Infectious Diseases funded this research, with supplemental support from the MacArthur Foundation’s Research Network on Socioeconomic Status and Health, the Eberly Foundation, the Hamburg Fellowship and National Institutes of Health funding to the University of Pittsburgh Clinical and Translational Science Institute.

For more information on how telomere length predicts infection and longevity, watch this video: http://youtu.be/v_m-K0wNzMY.

Pictured above is Sheldon Cohen, the Robert E. Doherty Professor of Psychology in CMU’s Dietrich College of Humanities and Social Sciences.