PROVIDENCE, R.I. [Brown University] — Despite the intent of recent mental health “parity” legislation, including the Affordable Care Act, even steep reductions in co-pays for outpatient mental health care will not motivate more seniors in managed care plans to seek that care, according to a new study by Brown University researchers. 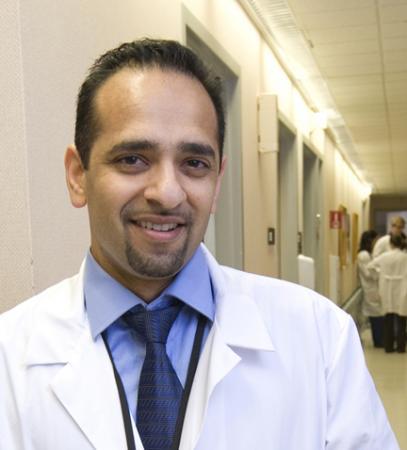 Parity measures, included in laws passed in 2008 and 2010, end an insurance industry practice of charging higher co-pays for mental health care than for other care. While the laws will allow many seniors who undergo treatment to save money, said Amal Trivedi, professor of community health at Brown University, the new findings suggest that co-pays are not the main barrier to care.

In the study published online in the journal Medical Care, Trivedi and graduate student Chima Ndumele found that seniors did not start mental health care when co-pays dropped and did not quit when they rose.

“Less than half of people with a mental health condition actually seek mental health services,” said Trivedi. “The hope was that insurance parity and reducing co-pays would increase the number of people who would do so. We found that’s unlikely to be the case. At least for this population in managed care plans, rather large increases or decreases in co-pays have no effect on the likelihood of receiving any outpatient mental health care.”

To perform their analysis, Trivedi and Ndumele combed through 252 Medicare plans with outpatient mental health services. They ultimately found 14 that raised co-pay rates by more than 25 percent in the last year of a three-year period, and that could be compared to plans that were similar except that they held co-pay rates constant. They also found three plans that lowered rates by more than 25 percent in a third year that could also be compared to comparable control plans that did not change their co-pay.

The non-effect held true for almost every demographic breakdown of the enrollees, except that black seniors seemed to be motivated by reduced co-pays, increasing their participation in mental health care by almost a whole percentage point.

Trivedi said at least a partial explanation for the tiny effect of co-pay changes is that other common insurance company policies may have a stronger effect on limiting use of mental health services for most seniors. Those policies include requiring prior authorization of care from primary care doctors and the insurer, and restricted networks of doctors approved to provide mental health care.

“The people who actually receive mental health services have already overcome these additional barriers to use of services,” he said. “If the plan had prior authorization or restricted network, it meant enough for them to go past those barriers. Putting in another co-pay increase didn’t dissuade them from receiving services.”

Similarly, Trivedi said, these policies are probably more of a barrier to seniors starting care than the level of the co-pay.