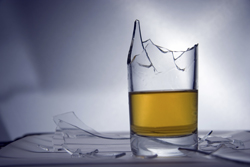 Unlike alcohol problems and antisocial behavior, depression doesn’t decline with age in addiction-prone women in their 30s and 40s – it continues to increase, a new study led by University of Michigan Health System researchers found.

The longitudinal analysis examined the influences of the women’s histories, family life and neighborhood instability on their alcoholism symptoms, antisocial behavior and depression over a 12-year period covering the earlier years of marriage and motherhood.

The research, published in Development and Psychopathology, is part of the Michigan Longitudinal Study, an ongoing project focusing on families at high risk for substance abuse and associated disorders that has already collected more than 20 years worth of data.

Among the current study’s other top findings:

* The women’s partners’ struggles with addiction and antisocial behavior, such as run-ins with the law, worsened the women’s own symptoms and behaviors.

* Children’s behavior also had a negative impact on their mothers. When children exhibited behaviors that included acting out and getting into trouble, their mothers’ alcohol problems and antisocial behavior tended to worsen. Meanwhile, when children were sad, withdrawn or isolated,their mothers’ depression increased.

* Living in an unstable neighborhood, where residents move in and out frequently, also had a significant effect on the women’s alcoholism symptoms and level of depression.

“Our findings demonstrate the complexity of the factors affecting changes in alcohol problems, antisocial behavior and depression for these women,” says the study’s senior author Robert Zucker, Ph.D., a professor of psychiatry and psychology at the University of Michigan Medical School and director of the U-M Addiction Research Center.

The findings challenge common notions that depression, alcoholism and antisocial behavior, are either just genetic disorders, or alternatively, that they are caused by environmental factors, Zucker adds.

“It’s really the network of these relationships — at the biological, social and at the community level — that influences these disorders over time,” he says.

The research also shows that unlike alcoholism symptoms and antisocial behavior, depression does not, by itself, moderate over time – it actually gets worse, at least in this high risk population, Zucker notes.

“Unlike the other two disorders, biological differences appear to be more of a constant factor in depression,” he says.

The research sample included 273 adult women and their families from a four-county area in the Midwest. Drunk driving convictions involving the father were used to find the highest risk portion of the sample; a blood alcohol content of .15 was required to help ensure that the men had long standing difficulties with alcohol abuse, rather than just having been out drinking heavily for one night. The remaining families were recruited from the neighborhoods where the drunk drivers lived.

The findings also underscore the relationship between alcohol abuse and antisocial behavior over long periods of time, says study lead author Anne Buu, Ph.D., Ph.D., a research assistant professor in the Substance Abuse Section of the U-M Department of Psychiatry. As a result, she notes, interventions targeting antisocial behavior could benefit by also systematically targeting addiction.

“Based on these findings, interventions for women with young children might have the most impact if they improve social supports, educational opportunities, access to family counseling and neighborhoods environments,” Buu says.

Funding: grants from the National Institute on Alcohol Abuse and Alcoholism.