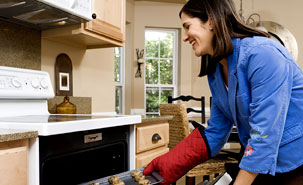 However, a new study published in the Canadian Journal of Psychiatry by Amal Abdel-Aki, a professor at the Université de Montréal Department of Psychiatry, concludes that a significant proportion of first-episode schizophrenia patients live quite well despite their condition.

Abdel-Aki studied 142 patients admitted at the Louis-H. Lafontaine Hospital in 1983 for a first-episode schizophrenia incident and evaluated their development until 1999.

At the end of the study, 15 percent of the patients still alive were well enough to function without seeking medical help and 25 percent were not taking antipsychotic medication. Approximately 20 percent remained employed, close to 25 percent lived autonomously, and 33 percent lived with their family. Overall, a significant proportion of first-episode schizophrenia patients successfully cope with their condition. It’s important to note, however, that 10 subjects had committed suicide.

“Very few studies have addressed the long-term evolution of schizophrenia,” says Abdel-Aki. “Often, studies last one or two years and focus on patients that visit the clinic regularly and who are therefore quite ill. Patients who are well rarely consult us and so we tend to forget about them and focus on the more serious cases. That taints our perception of the disease and feeds the myths.”

Therefore, many falsely believe that schizophrenics must be medicated their entire life. “I used to believe that too,” says Abdel-Aki. “It’s true that medication is important at first. But we realized that many patients eventually stop taking their medication and are never again hospitalized. Their evolution seems better for it.”

Access to mental health facilities is of fundamental importance. “The sooner schizophrenia is detected, the greater the odds that patients keep their job and lessen the effects of the disease,” says Abdel-Aki. “Currently, 45 to 50 percent of these people are working or studying. Unfortunately, mental health facilities aren’t available everywhere in Quebec.”

Abdel-Aki believes that psychiatry must change its attitude. “Our perception of schizophrenia is very pessimistic. Yet, most patients improve. It’s our duty as doctors to give them that hope.”