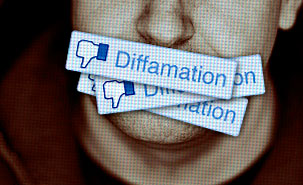 In Canada and the US, 15 percent of all Web 2.0 rulings were on defamation cases. In France, it’s 49 percent and in Quebec it’s more than 10 percent.

Other infractions committed in cyberspace that are processed by our legal system include pedocriminality, harassment and threats, and privacy breaches.

These results are taken from the second phase of an extensive research project on Web 2.0 criminal activity. The project is lead by Benoit Dupont, director of the International Centre for Comparative Criminology, and Vincent Gautrais who holds the Université de Montréal Chair in e-security and e-business law. These results were obtained following the analysis of 400 rulings from everywhere around the world.

“We often tend to believe that the Internet has increased the risk of threats and harassment, but that isn’t true,” says Gautrais. “It is defamation cases that have increased exponentially with the arrival of social media.”

According to Gautrais, two factors contribute to this increase: anonymity and the permanence of the information. “Behind the veil of anonymity, users are more likely to lose all inhibitions and make comments that can have serious consequences,” says Gautrais. “Contrarily to radio or television, these comments are forever on the web for all to see. There is therefore, in social media, a greater potential threat for a reputation to be damaged now that everyone can publish information.”

The rulings studied by Dupont and Gautrais highlight, to varying degrees, the colossal challenge to legally pursue defamation on the web. The case of Louise Major, the ex-mayor of Rawdon, is a fine example of that.

In 2008, Ms. Major filed a lawsuit against the owner of a public forum in which citizens made defamatory remarks about her. An interim interlocutory injunction forced the website to close until a ruling was rendered. A few months later, a Superior Court judge ruled in her favor. In 2010, the Quebec Court of Appeal annulled the decision by stating that “liberty of expression is to democracy what oxygen is to the human body: essential.” The cost of the process for the town of Rawdon was approximately $600,000. 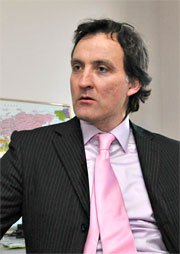 “Closing the website was perhaps not the best way to resolve the lawsuit. Eradicating the abusive comments would have been sufficient. This case illustrates how the judicial process can be arduous, expensive and lengthy. It’s not always the best tool to contain such behavior. It’s like using a canon to kill a fly,” believes Gautrais who instead promotes the education of the citizens of tomorrow.

“I advocate for the creation of a technology 101 course in high school where teenagers learn that social networks are public spaces and where, for instance, they are taught to block harassment on Facebook,” says Gautrais who has been using social media as a teaching tool for many years.

But teachers seem fearful of Web 2.0. “They have a paralyzing fear of youngsters using social media,” says Gautrais. “They fear, for instance, that a student will photograph them when they get upset in the classroom and post it online.”

According to Gautrais, this reaction is normal as our society is currently in flux. “We are currently undergoing a revolution and the classic reflex is to reject it. But we must evolve and consider the positive aspects of social media.”

That is why he prefers to advocate hope instead of pessimism. “Like Pope John Paul II said: don’t be afraid! With support from parents and schools, we will succeed in limiting the number of virtual offences. And let’s not forget that youngsters can adapt much more easily than adults.”

This is a tranlsation of an article originally published in French by Marie Lambert-Chan.