Home » Mental Health & Behavior » Kids who bully, have aggressive behaviors are twice as likely to have sleep problems 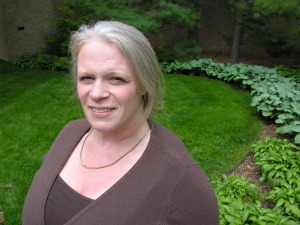 Louise O’Brien, Ph.D., was the lead author on a new studying about sleep and aggressive behavior in schoolchildren.

Ann Arbor, Mich. – Children who are bullies or have conduct problems at school are more likely to be sleepy during the day according to University of Michigan Medical School researchers.

Researchers looked at elementary school students in the Ypsilanti, Michigan public schools who had exhibited conduct problems like bullying or discipline referrals and found that there was a two-fold higher risk for symptoms of sleep-disordered breathing, particularly daytime sleepiness among these students. The study was published last week in the journal Sleep Medicine.

“What this study does is raise the possibility that poor sleep, from whatever cause, can indeed play into bullying or other aggressive behaviors – a major problem that many schools are trying to address,” says Louise O’Brien, Ph.D., assistant professor in U-M’s Sleep Disorders Center and the departments of Neurology and Oral and Maxillofacial Surgery.

“Our schools do push the importance of healthy eating and exercise, but this study highlights that good sleep is just as essential to a healthy lifestyle.”

O’Brien said the study showed that sleepiness seemed to be the biggest driver of the behavior problems, not the snoring, which is often a more obvious symptom associated with sleep-disordered breathing.

Sleep-disordered breathing is an umbrella term for a spectrum of breathing problems during sleep, which range from habitual snoring to obstructive sleep apnea, where the airway collapses at night.

The sleepiness experienced by the children in the study could be caused by sleep-disordered breathing, but also by many other factors like chaotic home environments, fragmented sleep or not enough sleep because of too much electronic stimulus from televisions, cell phones or computers in the bedroom, says O’Brien, who is on the faculty of U-M’s Sleep Disorders Center.

O’Brien says that a longitudinal study is needed. Although there are other reasons for these behaviors, if sleepiness does contribute to aggressive behavior as this study suggests, a significant proportion of bullying in children might be eliminated by efforts to reduce children’s daytime sleepiness.

“We know that the pre-frontal cortex area of the brain is sensitive to sleep deprivation, and this area is also related to emotional control, decision making and social behavior,” says O’Brien.

“So impairment in the prefrontal cortex may lead to aggression or disruptive behavior, delinquency or even substance abuse. But the good news is that some of these behaviors can be improved. Sleep-disordered breathing can be treated, and schools or parents can encourage kids to get more sleep.”

O’Brien recommends parents remove electronic devices from bedrooms, make getting enough sleep a priority and encourage children to sleep for the recommended amount of time without interruption. It is recommended that children in pre-school sleep between 11-13 hours a night, and school-aged children between 10-11 hours of sleep a night.

“Given the high prevalence of aggressive, bullying and disruptive behaviors in schools and the long-lasting consequences for both perpetrators and victims, more study on this issue is needed,” she says.

The University of Michigan Medical School Clinical Research Program funded this study. U-M consistently ranks among the nation’s top five research universities. There are many, many opportunities for the public to engage in clinical research studies at U-M. Log in at www.umclinicalstudies.org to get started.

About the University of Michigan Medical School: The School, which opened its doors in 1850, is consistently ranked among the top Medical Schools in the nation. Our 19 clinical and six basic science departments are committed to a single mission:
to educate students, physicians and biomedical scholars and to provide a spectrum of comprehensive knowledge, research, patient care and service of the highest quality to the people of the state of Michigan and beyond.