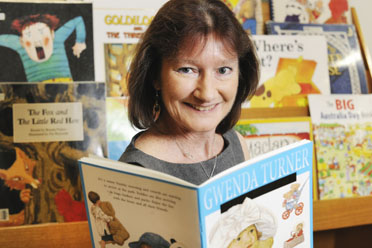 New Queensland University of Technology (QUT) research shows children who are engaged in reading for up to 20 minutes a day perform significantly better in literacy and numeracy in grades three and four.

Associate Professor Susan Walker, from QUT’s Faculty of Education, recently presented her findings at the European Congress on Developmental Psychology in Bergen, Norway.

She said although people knew reading was important, they underestimated its impact.

“If a child is being read to on a regular basis and enjoys it, that is a strong predictor of language, literacy and maths outcomes at age eight and nine,” Professor Walker said.

“Read to kids on a daily basis as early as possible. Start when they’re babies.”

The research examined the children’s home learning environment, including the number of days and minutes parents spent reading books to their children, prior to starting school at age four.

The information was then compared to the children’s academic outcomes at ages six and eight.

Professor Walker said after controlling for each child’s socioeconomic position, language background, gender and whether they were Aboriginal and Torres Strait Islander, reading was the most important factor for school success.

“Despite children coming from low socioeconomic backgrounds, for example, if they are read to on a daily basis, they are still performing better in language, literacy and maths four years later than children who weren’t read to regularly,” she said.

Professor Walker said children who were read to daily prior to formal schooling performed better at literacy and language tasks including: understanding and interpreting stories, reading age-appropriate books independently and composing stories.

In mathematics, these children performed better in areas such as understanding of place value, making reasonable estimates of quantities and used a variety of strategies to solve maths problems.

Professor Walker said reading also contributed to a child’s school readiness skills such as organisation, working independently and paying attention in class, which was another predictor of school success.

“Research shows that children’s success in the early years of school is fundamentally important because it has implications for future achievement in school and beyond,” she said.

Professor Walker said QUT researchers would continue to analyse the longitudinal study data as the children aged to determine if reading during a child’s early years impacted on learning later in primary school.