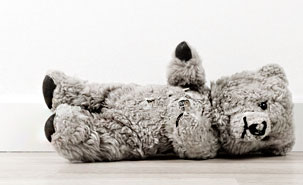 A parent deliberately killing his offspring seems to go against the most basic laws of any civilization but also against the laws of natural selection seeing as the parent is eradicating his descendants. However, this seemingly unnatural behavior is widespread throughout the animal kingdom.

Reproductive strategy?
In mammals, infanticide has been observed in over 90 species including primates. In the case of primates, the aggressor is usually a male who joins a new group and kills the offspring of the female he hopes to conquer. Primatologists interpret this as instinctive behavior meant to maximize the odds of reproduction for this particular male.

Could human beings have inherited this “reproductive strategy”? This is what certain authors are arguing to explain human infanticide by alleging that the practice usually occurs when a new spouse or partner arrives in an established household.

But this model, which could be called the gorilla syndrome, doesn’t stick, according to the findings in Jean-Philippe Quenneville’s master’s thesis at the Université de Montréal Department of Psychology under the supervision of Daniel Paquette. Quenneville examined the deaths of 182 children under the age of 12 that occurred in Quebec between 1990 and 2007. The children were all victims of either murder or ill treatment by the parents or stepparents. 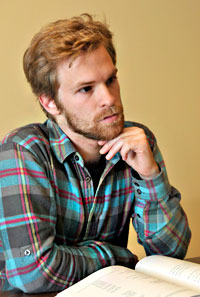 Of the 139 deaths attributed to biological parents, 28 were the result of ill treatment and all other cases involved the use of a weapon or direct action (strangulation, drowning, poisoning). In cases involving stepparents, a weapon was used in four out of 20 cases and 14 deaths resulted from ill treatment. “The methods used by biological parents are much more lethal which indicates that their true intention is to kill, contrarily to stepparents,” says Quenneville.

These results aren’t unique to the sample used for this study. Quenneville analyzed the data of other studies on the same topic and concluded that biological parents are always the dominant guilty party in cases of infanticide.

Nonetheless, non-biological fathers, despite being a minority, are overly represented. “The probability that a child has a non-biological parent is estimated at 13 percent and the proportion of stepfathers guilty of infanticide exceeds that probability,” says Quenneville.

Risk Factors
In non-human primates, the biological parents are rarely guilty of infanticide while it is the opposite for human beings. What is the motivation for human primates to behave in such a way? The data used for this study doesn’t reveal the motives of the crime, but Quenneville studied the existing literature on the issue.

Overall, infanticide is practiced in all societies and is often related to difficult economic conditions. In several pre-industrial societies, when twins were born it wasn’t uncommon to eliminate one of them if it was deemed too difficult to raise both of them properly. In the 18th and 19th centuries, illegitimate pregnancies often led to sacrificing the child. In addition, when a higher economic value is placed on male offspring, young girls are even more at risk as is the case in China and India.

Infanticide is also present in industrial societies. In the United States, 2,402 cases of infanticide of children under the age of two were catalogued between 2001 and 2005.

In all cultures, mothers almost exclusively commit infanticides that occur in the 24-hour period following birth. The main risk factors are a mother under the age of 19, less than 12 years of schooling, an undesired pregnancy, the absence of a spouse or partner and the presence of other young children.

Controlling the investment
Although the practice of infanticide varies from one species to the next, Quenneville believes that the behavior could be the cultural expression of an evolutionary mechanism to help control parental investment, in line with other cultural expressions such as contraception, abortion and adoption.

In human beings, the parental investment is much greater than in other primates.  And the higher the investment, the greater the odds that the parent will want to invest in cases with the best chances of success. The economic factors associated with infanticide and the multiple other cultural factors that come into play provide the basis of this analysis.

This argument shouldn’t be considered a legitimization of the practice.  “It is evident that the theory of the new male who kills to better his chances of reproduction is not the case in human beings as it may be with other primates,” says Quenneville. Today, with all the other methods of birth control, killing the offspring of your spouse is clearly pathological and not a reproductive strategy.”