Home » Mental Health & Behavior » Want to win over your opponents? Put on your baby face 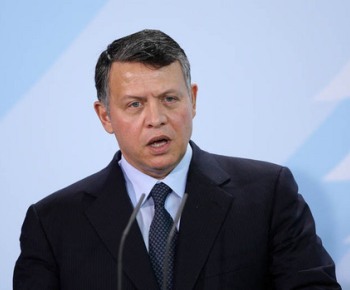 Do baby-faced enemies have a better chance of gaining your trust? By subtly altering fictional politicians’ faces, researchers at the Hebrew University of Jerusalem examined the extent to which minor changes in appearance can affect people’s judgment about politicians from the opposing side in a conflict and their peace proposals. In the context of the Israeli-Palestinian conflict, the research showed that peace offers from baby-faced politicians had a better chance of winning over the opposing population than the exact same offer coming from leaders with more mature faces.

”The Face of the Enemy: The Effect of Press-reported Visual Information Regarding the Facial Features of Opponent-politicians on Support for Peace” was authored by Dr. Ifat Maoz, Associate Professor in the Noah Mozes Department of Communication and Journalism and Head of the Smart Family Institute of Communications at the Hebrew University of Jerusalem.

Prof. Maoz provided Jewish-Israeli respondents with a fictional news item containing a peace proposal and a fictional Palestinian leader’s photograph. The photograph was manipulated to appear as either baby-faced or mature by making a 15% change in the size of eyes and lips. Respondents were then asked to evaluate the peace offer and rate the trustworthiness of the politician who offered it.

”People generally associate a baby face with attributes of honesty, openness and acceptance,” explains Prof. Maoz, ”and once you trust your adversary, you have a greater willingness to reach a compromise.”

Previous studies have shown that viewers can form judgments of trustworthiness after as little as 100 ms exposure to a novel face, and certain facial features evoke feelings of warmth, trust and cooperation while minimizing feelings of threat and competition. People with relatively babyish facial characteristics such as proportionally large eyes, a round chin, and thick pudgy lips are perceived as kinder, warmer, more honest and more trustworthy, and tend to elicit more help from others, than mature-faced people with small eyes, square jaws, and thin lips. Baby-faced people also produce more agreement with their positions.

But while past research indicates that exposure to the facial appearance of politicians from one’s own state or country affects attitudes and voting intentions, this is the first study that systematically examines the impact of facial features of politicians from the opposing side in a conflict.

These conclusions are especially important in the current technological and political environment, in which the dominance of TV and Internet, combined with the proliferation of photo-ops, photo-shopping and image consultants, means politicians’ faces are seen more than ever and their physical appearance has a greater chance of affecting the impressions, attitudes and opinions of media consumers.

The study also gauged the extent to which manipulating facial features can affect populations with different have pre-existing attitudes, overcome hawks’ resistance to change and increase their perceptions of opponents as trustworthy. While individuals with hawkish positions held markedly negative initial attitudes towards peace and the opponents in a conflict — attitudes that tend to be rigid and resistant to change — they surprisingly showed a more significant response than dovish respondents to differences in facial maturity.

The study suggests that in situations of protracted conflict, the face of the enemy matters. Visual information conveying subtle, undetected changes in facial physiognomy were powerful enough to influence perceivers’ judgments of the opponent-politician and of the proposal he presented for resolving the conflict.

The findings of this study also have important practical implications regarding the mobilization of public opinion in support of conflict resolution. Previous research has shown that images of politicians are often manipulated in media coverage to appear more or less favorable and that such manipulations affect citizens’ attitudes and voting intentions towards politicians from their own state and country. This study shows that manipulating the favorability of media images of opponent political leaders in intractable conflict may also have a marked effect on public attitudes, and that media coverage presenting favorable images of opponent leaders may have the potential to mobilize public support for conflict resolution through compromise.

Maoz adds that there are situations in which a baby-face is not advantageous: ”Although features of this type can lend politicians an aura of sincerity, openness and receptiveness, at the same time they can communicate a lack of assertiveness. So people tend to prefer baby-faced politicians as long they represent the opposing side, while on their own side they prefer representatives who look like they know how to stand their ground.”