Home » Mental Health & Behavior » Hyperactivity: increased prevalence of children with ADHD and the use of stimulants 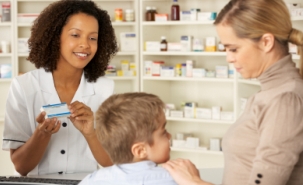 The study, Prevalence of Prescribed Attention-Deficit Hyperactivity Disorder Medications and Diagnosis Among Canadian Preschoolers and School-Age Children: 1994–2007, was conducted by the doctoral student in sociology, Marie-Christine Brault, under the supervision of Professor Éric Lacourse of the Research Unit on Children’s Psychosocial Maladjustment (GRIP) at the Université de Montréal. It was published in the most recent issue of The Canadian Journal of Psychiatry.

“The increased use of medications by children with ADHD in Canada is a reflection of the global trend, says Marie-Christine Brault, lead author of the study. Consumption of drugs like Ritalin, to name but one, has more than doubled since 1994, when it was 1.3%.”

The study also showed a decrease in the off-label use of ADHD medications, except for preschoolers, for whom there was a slight increase. “Some doctors may be prescribing ADHD medications to treat other problems such as oppositional defiant disorder or conduct disorder. This may explain the slight increase,” says Marie-Christine Brault.

Boys take more medications
According to the results of the study, boys’ prevalence of medication use, at around 3%, was higher than that of girls; however, girls showed the steepest increase over time, up to 2.1-fold. This rise occurred essentially in the 1990s, while for boys, it was observed in the 2000s. The association between prescribed medications and ADHD diagnosis has strengthened during the 2000s: a greater number of medications were used for children with ADHD (from 43% in 2000 to 59% in 2007) while off-label use of prescribed medications decreased among school-age children.

Increased use of medications among school-age children
Preschoolers’ prevalence of both ADHD diagnosis and prescribed medications stayed stable between 1994 and 2007 (1% or less), while that of school-age children increased nearly two-fold, suggesting, for the authors, that school environment plays a role in the increased use of medications. Boys’ prevalence was higher than that of girls, but girls show the steepest increase over time, up to 2.1-fold.

“Can the upward trend in ADHD diagnoses explain the increased use of medications? Or is the opposite true?” asks Marie-Christine Brault. “Both hypotheses are plausible. Identifying the factors associated with these trends is the only way to answer the question: Are children with ADHD over-medicated?”

The question is not banal, because attention-deficit hyperactivity disorder is the most common mental illness in children.

Information on the study
The study, Prevalence of Prescribed Attention-Deficit Hyperactivity Disorder Medications and Diagnosis Among Canadian Preschoolers and School-Age Children: 1994–2007, is published in The Canadian Journal of Psychiatry, Vol 57, No 2, February 2012.