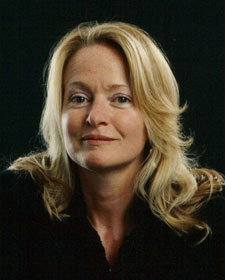 The fresh warning for parents comes in a European Commission-funded three-year study, the European Online Grooming Project, which examined the methods and behaviours of online predators.  It involved a detailed examination of convicted online sex offenders’ chat logs provided by a major British police force and Italian police, as well as in-depth interviews with male paedophiles convicted of online grooming in the United Kingdom, Belgium and Norway.  Researchers were given unprecedented access to British offenders by HM Prison Service.

As well as the use of social networking sites, the report highlights how gaming platforms, such as Xbox Live, are also used to target children, particularly boys. “It is clear from the recent police chat logs we were given access to that the conversation between an online offender and a child can now become sexualised within two minutes,” Kingston University criminology expert Professor Julia Davidson, one of the study’s authors, said. “On social networking sites, if the child does not respond, the offender will simply move on to the next one. During our interviews, offenders said they didn’t need to bother with a grooming process when they could immediately ask children for sex or to meet so they could abuse them.”

Although there was still evidence of a longer-term grooming approach in some cases, the final outcome of online sexualised chat was often a physical meeting.  These took place at hotels, car-parks, parks, bus stops or even in the offender or victim’s bedroom. The extent of some paedophiles’ activity meant being online for up to six hours, outside of work, a day.  Many carried out fishing trips where they added hundreds of children as contacts on social networking sites and worked through the list until they found a child willing to interact with them. 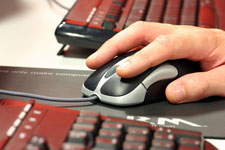 “Sometimes offenders have several children on the go at once, with paedophiles assuming several different identities,” Professor Davidson added.  “They keep across many different conversations and keep meticulous notes on each child in a very calculating way.”

The research also revealed that some young people still have a very stereotypical view of online groomers.  “Young people think of them as fat old men – a perception that our research proves to be untrue,” Stephen Webster, head of crime and justice research at NatCen Social Research and European Online Grooming project lead, said.  “The online groomers we spoke to were all ages and some of them significantly altered their identity when targeting a young person.”

Another problem identified was that young people will sometimes add people they do not know as friends on social networking sites.  “Many youngsters feel a sense of competition for friends when social networking, with the result that profile pages and identifying details are readily available online,” Mr Webster added.  “Groomers told us they used this information to help identify potential victims. The internet industry can also help, by ensuring accounts default to the highest privacy setting when they’re first set up.”

For worried parents, Professor Davidson suggests the action to be taken depends on the age of the child.  “With younger children, set up basic parental controls on all computers and don’t let children under 13 join social networking sites,” she said.  “With older children, it’s important to have a dialogue with your child about potential dangers but without scaring them.”

The study was prepared for and funded by the European Commission Safer Internet Programme.  Its findings are being presented to a high-level audience of policy-makers, children’s charities and representatives from police forces at an event at the House of Lords.