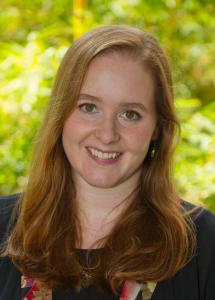 Janet Latner
Published in the journal Obesity, the study specifically examined whether anti-fat prejudice persists against women who are thin, but who used to be obese.
The study was conducted by Dr. Janet Latner, lead researcher and associate professor of psychology at UH Mānoa, and her colleague, Dr. Kerry O’Brien, senior lecturer at the University of Manchester in Great Britain and Monash University in Australia.  Young people were asked to read vignettes describing a woman who had either lost weight (70 pounds/32 kilograms) or had remained weight stable, and who was either currently obese or thin.  Participants were then asked their opinions about this woman, such as how “attractive” they found her.
“Prejudice against obese people is widespread and hurtful,” Latner said. “Many obese people are trying to lose weight to escape painful discrimination.  Surprisingly, however, currently thin women were viewed differently depending on their weight history.  Those who had been obese in the past were perceived as less attractive than those who had always been thin, despite having identical height and weight.”
Latner says that this “residual stigma” might explain the lower-than-expected earnings and occupational attainment by women who were previously, but who are no longer, overweight.
The study also examined the dislike of obese people after reading about women who had lost weight or who did not lose weight. Interestingly, participants expressed greater bias against obese people after reading about women who had lost weight than after reading about women who had remained weight stable — regardless of whether the weight-stable woman was thin or obese.
Latner and O’Brien say that one of the more disturbing findings was that negative attitudes toward obese people increase when participants are shown that body weight is easily controllable. That is not the case, given the many genetic and biological factors that contribute to obesity, said Latner.
“The best science in the obesity field at the moment suggests that our physiology and genetics, and the food environment are the really big players in our weight status and weight loss,” added O’Brien. “Weight status actually appears rather uncontrollable regardless of willpower, knowledge, and dedication. Yet many people who are perceived as ‘fat’ are struggling in vain to lose weight in order to escape this painful social stigma. We need a rethink of our approaches to, and views of, weight,” O’Brien said.
“Descriptions of weight loss, such as those often promoted on television, may significantly worsen obesity stigma. Believing that obese people can easily lose weight may make individuals blame and dislike obese people more,” Latner said.
“These findings demonstrate that residual obesity stigma persists against individuals who have ever been obese, even when they have lost substantial amounts of weight,” added Latner.  “Obesity stigma is so powerful and enduring, that it may even outlast the obesity itself. Given the great number of people who may be negatively affected by obesity prejudice, obesity discrimination clearly needs to be reduced on a societal level.”