ANN ARBOR, Mich. — The antidepressant drug duloxetine, known commercially as Cymbalta, helped relieve painful numbness and tingling feelings caused by chemotherapy in 59 percent of patients, a new study finds. This is the first clinical trial to find an effective treatment for this pain. 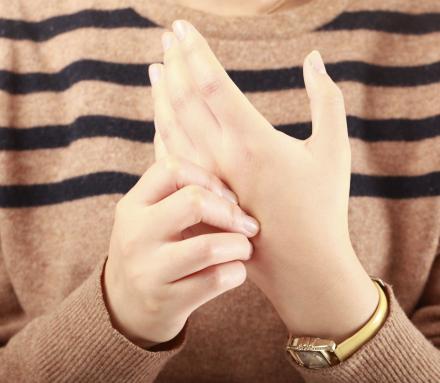 Chemotherapy-induced peripheral neuropathy is a common side effect of certain chemotherapy drugs. The numb or tingling feeling — usually felt in the toes, feet, fingers and hands — can be uncomfortable for many patients, but for up to 40 percent of patients, it’s a painful sensation that can last for months or years after finishing chemotherapy. Previous studies have found no reliable way to treat this type of pain.

In the current study, published April 3 in the Journal of the American Medical Association, researchers looked at 231 patients who reported painful neuropathy after receiving the chemotherapy drugs paclitaxel or oxaliplatin. Patients were randomly assigned to receive either duloxetine or placebo for five weeks. They were asked to report on their pain levels weekly throughout the study.

The researchers found that 59 percent of patients who took duloxetine reported reduced pain, while only 38 percent of those taking placebo did. At the end of five weeks, patients in the duloxetine group reported a larger decrease in average pain – more than a full point on a 10-point scale. The placebo group saw a change in score of 0.3. The patients who received oxaliplatin had the strongest benefit from duloxetine.

“Treating painful chemotherapy-induced peripheral neuropathy is critical. In some cases, physicians must reduce the patient’s chemotherapy dose when the pain becomes too severe. This is not just about improving quality of life by decreasing pain, but potentially it’s helping patients live longer because they can get their full chemotherapy treatment,” said lead study author Ellen M. Lavoie Smith, Ph.D., APRN, AOCN, assistant professor at the University of Michigan School of Nursing and a researcher at the U-M Comprehensive Cancer Center.

Often, patients avoid telling their doctors about pain because they do not want their chemotherapy dose decreased.

“Patients make this trade-off sometimes: They don’t want to give up the chemotherapy and decide they’d rather have this pain. That’s a terrible trade off to make,” Smith says

In addition to decreasing pain, patients treated with duloxetine reported greater improvements in quality of life and less impact on daily functioning than the placebo group.

The study was sponsored by the Cancer and Leukemia Group B, a National Cancer Institute-sponsored cooperative group. Patients were recruited from eight participating networks in community and academic settings.

Duloxetine has previously been shown to help relieve pain from diabetic neuropathy and fibromyalgia. This type of antidepressant is believed to work on pain by increasing neurotransmitters that interrupt pain signals to the brain.

In this study, participants received a half dose of duloxetine – 30 milligrams a day – the first week before ramping up to a full dose of 60 mg daily for four more weeks. Few severe side effects were reported with this approach. The most common side effect was fatigue.