Selective serotonin reuptake inhibitors (SSRIs) – among the most widely prescribed antidepressant medications – are associated with increased risk of bleeding, transfusion, hospital readmission and death when taken around the time of surgery, according to a new analysis.

Researchers from UC San Francisco and Baystate Medical Center in Massachusetts looked at the medical records of more than 530,000 patients who underwent surgery at 375 U.S. hospitals between 2006 and 2008. Their results were published on April 29 in JAMA Internal Medicine.

“There have been small studies that suggested there was a problem, but it has never been well-proven,” said lead author Andrew D. Auerbach, MD, MPH, a UCSF professor of medicine. “With this huge data set, we feel confident in saying that SSRIs are associated with about a 10 percent increased risk for these adverse outcomes.”

The study authors noted that patients on SSRIs are more likely to have conditions that in themselves increase surgical risk, such as obesity, chronic pulmonary disease and depression. 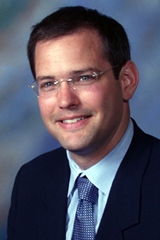 To address the question of whether these factors might have accounted for the differences in outcomes, they retrospectively matched patients who had taken SSRIs with patients who were not taking the drugs. After matching and controlling for variables such as age, gender, medical condition and depression, they found that patients on SSRIs still were at increased risk.

The scientists also looked at whether the increased risk could be accounted for by patients receiving SSRIs for the first time before surgery. “This was not the case,” said Auerbach. “These drugs are almost never used acutely. They are prescribed for chronic conditions such as depression, almost always for long-term use.”

The study was not designed to look at possible causes for the increased risk. However, noted Auerbach, SSRIs are known to interfere with the functioning of platelets – blood cells that play a crucial role in blood clotting. In turn, platelet dysfunction can lead to excess bleeding.

Auerbach cautioned that since the study was retrospective, “a prospective observational study, in which patients are randomly assigned to take SSRIs around the time of surgery, is still needed.”

He said that while it would be premature to advise patients not to take SSRIs before surgery, “it’s definitely worth discussing with your surgeon or primary care physician.”

The study was supported by funds from the National Heart, Lung and Blood Institute (K24HL098372).