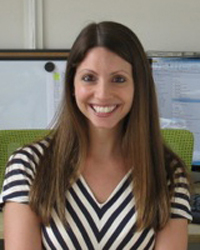 PITTSBURGH—Most teenagers who drink alcohol do so with their friends in social settings, but a new study by researchers at Carnegie Mellon University and the University of Pittsburgh reveals that a significant number of adolescents consume alcohol while they are alone.

Published in an upcoming issue of Clinical Psychological Science, the researchers found that compared to their peers who drink only in social settings, teens who drink alone have more alcohol problems, are heavier drinkers and are more likely to drink in response to negative emotions.  Furthermore, solitary teenage drinkers are more likely to develop alcohol use disorders in early adulthood.

“We’re learning that kids who drink alone tend to do so because they’re feeling lonely, are in a bad mood, or had an argument with a friend,” said lead author Kasey Creswell, assistant professor of psychology in CMU’s Dietrich College of Humanities and Social Sciences. “They seem to be using alcohol to self-medicate as a way to cope with negative emotions and, importantly, this pattern of drinking places them at high risk to escalate their alcohol use and develop alcohol problems in adulthood.”

Previous research has shown that adolescents who drink alone consume more alcohol and drink more frequently than their social-drinking peers, and that heavier alcohol use in adolescence is associated with a greater risk of developing alcohol problems in adulthood. This study is the first to determine whether solitary drinking during teenage years impacted the development of alcohol use disorders as young adults, after controlling for other known risk factors.

For the study, the researchers first surveyed 709 adolescents between the ages of 12 and 18 at the Pittsburgh Adolescent Alcohol Research Center (PAARC), asking them to report on their alcohol use in the past year. Adolescents represented youth from clinical treatment programs and the community. When the participants turned 25, they were again asked about their alcohol use and assessed for alcohol use disorders. The results showed that 38.8 percent of teens in the sample reported drinking alone during ages 12-18. This behavior was linked to unpleasant emotions, and solitary drinkers were one and a half times more likely to develop alcohol dependence at age 25.

Kasey Creswell (pictured above), assistant professor of psychology at CMU’s Dietrich College, is the lead author of the study.