ANN ARBOR, Mich. —One in five men in the U.S. reports violence towards their spouse or significant other, says a new nationally-representative study by the University of Michigan. 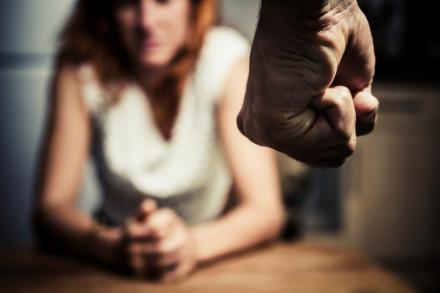 The analysis also found that male aggression toward a partner is associated with warning signs that could come up during routine health care visits, including irritable bowel syndrome (IBS) and insomnia, in addition to better known risks like substance abuse and a history of either experiencing or witnessing violence as a child.

The findings appear in the Journal of the American Board of Family Medicine and are based on the most recent data available from the National Comorbidity Survey-Replication from 2001-2003. The survey assesses intimate partner violence and characteristics among male perpetrators.

“When people think of men who abuse their partners, they often think of violent people who they have never come across, or people they have only heard about in the news,” says lead author Vijay Singh, M.D., MPH, MS, a clinical lecturer in the Departments of Emergency Medicine and Family Medicine at the University of Michigan Medical School.

“However, our study showed one out of every five men in the U.S. reported physical violence toward an intimate partner. It’s likely that we’ve all met these men in our daily environment. This is an issue that cuts across all communities, regardless of race, income, or any other demographics.”

Domestic violence has become a growing health concern. In the U.S. each year, roughly 320,000 outpatient health visits and 1,200 deaths among women are due to intimate partner violence, and $8.3 billion is spent in related medical and mental health services alone.

The subject has also recently been in the headlines, with the case of NFL running back Ray Rice. The Baltimore Ravens released Rice after a video of him hitting his wife in a casino elevator surfaced in the news.

“Most of our efforts to prevent intimate partner violence have focused on screening and improving outcomes for women who are victims, because their health and well-being is our priority. Very little work, however, has been done on how to identify male perpetrators,” says Singh, who is also a member of the University of Michigan Injury Center and Institute for Healthcare Policy and Innovation. 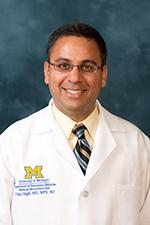 “Our research shows that male perpetrators of intimate partner violence seek routine medical services, and they have physical symptoms that are common reasons patients seek medical care. This suggests that we may be missing an important opportunity in the primary care setting to identify their aggressive behavior and potentially intervene.”

Singh says further work needs to be done on developing identification and intervention programs focused to on male aggression toward a partner.

The nationally-representative sample included 530 men with an average age of 42. Roughly 78 percent were non-Hispanic white, 56 percent were educated beyond high school and 84 percent were employed.

Intimate partner violence was defined as pushing, grabbing, shoving, throwing something, slapping or hitting, kicking, biting, beating up, choking, burning or scalding, or threatening a partner with a knife or gun.

Funding: This analysis was developed with support from the Robert Wood Johnson Foundation and Veteran Affairs Clinical Scholars Program. Additional support was provided by the Centers for Disease Control and Prevention (grant 5R49CE002099) and the University of Michigan Injury Center.