“Tears of Joy” May Help Us Maintain Emotional Balance 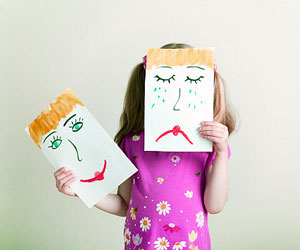 “People may be restoring emotional equilibrium with these expressions,” said psychological scientist and lead researchers Oriana Aragon of Yale University. “They seem to take place when people are overwhelmed with strong positive emotions, and people who do this seem to recover better from those strong emotions.”

There are many examples of responding to a positive experience with a negative emotion. Take, for example, the emotional expressions people show in response to adorable babies – at the same time that adults coo at babies and swaddle them, they also can’t resist pinching, squeezing, and even playfully nipping or growling at them.

Surely people don’t intend actual harm to the babies with these aggressive behaviors — so why do they do it? Aragon and her colleagues at Yale designed several experiments to find out.

Data from an online survey of adults suggest that dimorphous expressions — two different expressions that have the same origin — aren’t situation-specific; rather, they seem to emerge in response to various kinds of positive emotions.

As part of the study, the researchers asked participants to look at and evaluate photos of different babies, some of whom appeared more infantile (i.e., rounder faces, bigger eyes) than others.

Another online study with 679 participants confirmed these findings, and revealed that participants were more likely to report feeling overwhelmed with very strong positive feelings in response to the more infantile babies.

Importantly, the data indicated that it was specifically this feeling of being overwhelmed by positive emotion that elicited the aggressive responses. People who showed higher expressions of aggression while looking at the babies tended to show a bigger drop-off in positive emotion five minutes after viewing the images, suggesting that the negative emotions helped them moderate their intense positive emotions, bringing them back to emotional equilibrium

These new discoveries begin to explain common things that many people do but don’t even understand themselves, Aragon said.

“These insights advance our understanding of how people express and control their emotions, which is importantly related to mental and physical health, the quality of relationships with others, and even how well people work together,” she said.