Playing With Puzzles and Blocks Could Build Children’s Spatial Skills 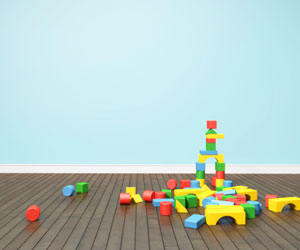 “Our findings show that spatial play specifically is related to children’s spatial reasoning skills,” says psychological scientist and lead researcher Jamie Jirout of Rhodes College. “This is important because providing children with access to spatial play experiences could be a very easy way to boost spatial development, especially for children who typically have lower performance, such as girls and children from lower-income households.”

Being able to reason about space, and how to manipulate objects in space, is a critical part of everyday life, helping us to navigate a busy street, put together a piece of “some assembly required” furniture, even load the dishwasher. And these skills are especially important for success in particular academic and professional domains, including science, technology, engineering, and math (STEM).

While previous research indicated that spatial play activities might foster children’s spatial reasoning, relevant data from a large and diverse sample were lacking, says Jirout. When the Wechsler Preschool and Primary Scale of Intelligence (WPPSI), a commonly used test of cognitive ability, was revised and standardized, it provided Jirout and co-author Nora Newcombe of Temple University a golden opportunity to study children’s spatial play and spatial thinking.

Jirout and Newcombe analyzed data from 847 children, ages 4 to 7, who had taken the revised WPPSI, which included measures of cognitive skills that contribute to general intelligence. The children’s spatial ability was specifically measured via the commonly-used Block Design subtest of the WPPSI, in which children are asked to reproduce specific 2D designs using cubes that have red, white, and half-red/half-white faces. The researchers also examined survey data from parents about the children’s play behavior and joint parent-child activities.

None of the other types of play (e.g., drawing, playing with noise-making toys, and riding a bicycle, skateboard, or scooter) or the parent-child activities (e.g., teaching number skills, teaching shapes, playing math games, telling stories) included in the survey data were associated with children’s spatial ability.

In line with previous findings, parents reported that boys engaged in spatial play — playing with puzzles, blocks, and board games — more often than girls, even after spatial ability was taken into account.

The underlying mechanisms linking spatial play and spatial reasoning require further investigation, but these results suggest that targeting children’s spatial play may be one possible intervention tool for improving their spatial ability, the researchers argue.

“This area of research has potential to provide practical implications for anyone who interacts with or has some influence on children’s access to toys and play experiences, such as parents, teachers, childcare providers, and even toy companies,” says Jirout.

This work was supported by the Spatial Intelligence and Learning Center (National Science Foundation Grant SBE1041707).