People Value Resources More Consistently When They Are Scarce

Research from psychological science has shown that we humans make economically irrational decisions all the time, influenced by contextual factors that have no bearing on the utility or pleasure we will derive from a good or a service. We may scoff at the idea of buying a $4 hot dog from a street vendor, for example, but have no qualms about getting a $7 hot dog at a baseball game. The quality of the hot dog is about the same in both scenarios but the context isn’t, and that makes all the difference. 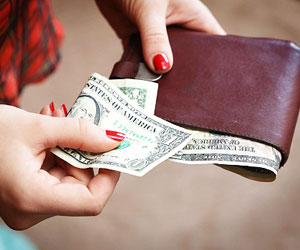 Psychological scientist Anuj Shah of the University of Chicago Booth School of Business and colleagues Eldar Shafir of Princeton University and Sendhil Mullainathan of Harvard University wondered whether these irrational tendencies might disappear if we were suddenly faced with scarcity.

“When money is short, the utility bill and rent payment are on the top of one’s mind,” the researchers write, making trade-offs particularly salient. After all, paying for one thing means we can’t pay for something else.

“Someone contemplating purchasing a beer compares the beer with other budgetary demands, like tomorrow’s lunch or bus fare. And these trade-offs do not depend on where the beer is purchased,” the researchers explain.

Shah and colleagues hypothesized that people experiencing a scarcity mindset would be more attuned to tradeoffs rather than context and would, as such, evaluate goods in a more stable, consistent way than people who aren’t faced with scarcity.

The results of three different studies, with a combined total of over 2700 participants, showed that preexisting variation in scarcity — in this case, based on annual income — was associated with differences in how a product was valued. Specifically, high-income participants were willing to pay more for a beer from a “fancy resort hotel” than for the same beer from a “small, run-down grocery store,” but the amount lower-income participants were willing to pay didn’t vary according to where the beer was purchased.

Additional data indicated that scarcity also influences decisions we make regarding resources other than money, including food and time. These findings suggest that a condition of scarcity — such as being on a diet or feeling time-pressured — disposes people to think more consistently about the value of the resource in question, regardless of other contextual factors.

“Instead of looking to external factors that shift haphazardly, people experiencing scarcity look to internally generated standards that provide a more stable frame,” the researchers conclude.

According to the researchers, these findings have direct implications for policy interventions aimed at changing various behaviors:

“Policymakers often use framing and subtle contextual changes to nudge behavior in a number of domains, from energy to voting. But recent research highlights the boundaries of such interventions,” Shah and colleagues note.

In other words, framing interventions may not make a difference in changing behavior if people are more immediately focused on the trade-offs they’ll have to make.

This research was supported by the National Science Foundation (Award 0933497), the Sloan Foundation (Grant 2014-6-16), the Canadian Institute for Advanced Research, and the Neubauer Family Faculty Fellowship (University of Chicago).

All data and materials have been made publicly available via Open Science Framework and can be accessed at https://osf.io/vyibm/files/. The complete Open Practices Disclosure for this article can be found at http://pss.sagepub.com/content/by/supplemental-data.