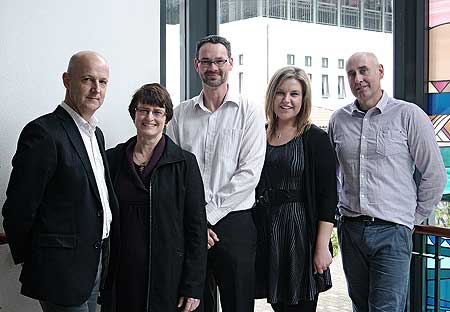 At work, Brian was made the object of fun and ridicule by his manager who publically referred to him as “mental” and a “nutter”.

The manager told Brian he’d programmed the emergency 111 number into his mobile; and made exaggerated, public attempts to locate paper bags around the dealership for Brian to breathe into should he have a panic attack. He gave Brian a petrol voucher, and told him that it would be enough to get him to the local psychiatric hospital.

Brian complained to the general manager about the treatment he was experiencing. The general manager spoke to Brian’s manager who assured him that it was no big deal, and that Brian was being treated no differently to everyone else. The general manager took the explanation at face value and didn’t progress the complaint further. Brian resigned from the company and later lodged a claim with the Employment Relations Authority for having been unjustifiably dismissed.

Sadly, Brian’s story is not unique. Brian is one of the approximately 18% of New Zealand employees who have reported experiencing workplace bullying. Many cases like Brian’s have reached the employment courts. As researchers from Massey University’s Healthy Work Group, we decided to examine such cases to identify ways that HR practitioners can better handle reports of workplace bullying to the benefit of both the complainant and the organisation.

Handling a serious complaint of employee behavioural misconduct is a key HR responsibility. Yet, handling and responding to a complaint of workplace bullying can pose significant challenges. Research indicates that complaints can sometimes be wrongly dismissed as personality clashes, or parties are told to work out their differences over a coffee.

In other instances, complaints can stall where the alleged bully is a star performer, popular member of staff, or a senior manager. HR can mistakenly dismiss the covert and subtle bullying behaviours as trivial, or petty. Or, as in Brian’s case, the investigating manager may not have the understanding, confidence or capability to manage a complaint. The person being bullied is left to deal with the situation alone, or just leaves the organisation. The bully goes unpunished or is even rewarded, and is then free to begin a new reign of terror. The result is a toxic cycle of bullying that becomes increasingly difficult to break.

Surprisingly, there is little research on good practice to guide HR personnel when managing complaints. It is important to manage the entire bullying complaint process well, and to not focus solely on part of the process – for example the investigation or prevention policies.

Through an analysis of legal cases, the Healthy Work Group has identified five key challenges that must be overcome if a complaint management process is to be effective.

Bullying behaviours can be subtle and open to interpretation. Sometimes the bullying is tolerated by the organisation’s culture as normal behaviour. Often there are no witnesses, or witnesses are reluctant to come forward for fear of being targeted, or not being believed. HR can also hold preconceived impressions of the complainant: they’re the office whiner or poor performer; or of the alleged bully: they’re a star, popular, or just a straight shooter.

All these factors can lead to complaints that lack evidence or contradictory accounts that can be explained away by the alleged bully. HR then dismisses the complaint at the outset because they perceive no substance. The result is a failure to investigate, the bullying continues, and the complainant often leaves.

Policies and procedures can be lacking, incomplete or simply not followed. By its nature, bullying tends to take place over an extended period of time. Should HR personnel change or move on, investigations can stall, be duplicated or remain unresolved. The result is that full details of the complaint are never recorded, or at best, only in a fragmented way. The upshot is an insufficient investigation, the bullying continues, and again, the complainant often resigns.

A perceived lack of organisational support can carry over to influence a complainant’s perception of the investigation process. In cases where the alleged bully was a manager, or where the complainant had already resigned, it is common for a complainant to claim the outcome was predetermined when their complaint is not upheld.

A drawn-out investigation, lack of communication and perceived lack of organisational support can mean complainants are often unwilling to accept any outcome contrary to their view.

It is also common for complainants to demand certain outcomes from the process (e.g. the bully’s dismissal). Importantly, the more protracted an investigation, the more likely the complainant fixes on their desired outcome. Alternative resolutions (e.g. mediation, transfer) are summarily dismissed.

As these five challenges show, HR personnel can often find themselves managing complicated and protracted complaints. How can these challenges be overcome?

Rising to the challenge

There are moral, legal and financial reasons why organisations should have systems in place before a complaint happens, and to intervene early should they occur. Organisations with a healthy, creative and proactive approach to HR and employee wellbeing will have a commitment from senior management to address the business risks posed by workplace bullying.

At the most basic level, this requires having well-designed work that reduces the opportunities for bullying behaviour. Beyond this, there is a need for organisations to have documented processes for managing bullying, and for training staff to help them identify and respond quickly to bullying situations.

When a complaint is made

HR managers should consider this short, but not exhaustive, list of lessons learnt from the analysis of workplace bullying legal judgements.

Organisations have a duty of care towards all their employees and bullying can severely test that duty, while also producing toxic effects that can ripple through a workplace. Yet, despite its sometimes complicated nature, workplace bullying can be successfully managed by a proactive organisation.

And as for Brian? The judge considered his manager’s conduct to be “one of the starkest cases of a course of conduct with the deliberate and dominant purpose of coercing a resignation that I have encountered”.

Brian was awarded $8,300 for lost remuneration, $12,500 for the effects of distress, humiliation and injury to feelings and a further $2,500 for legal costs. Such a ruling provides a salutary lesson in the need to invest in a robust complaint management process.