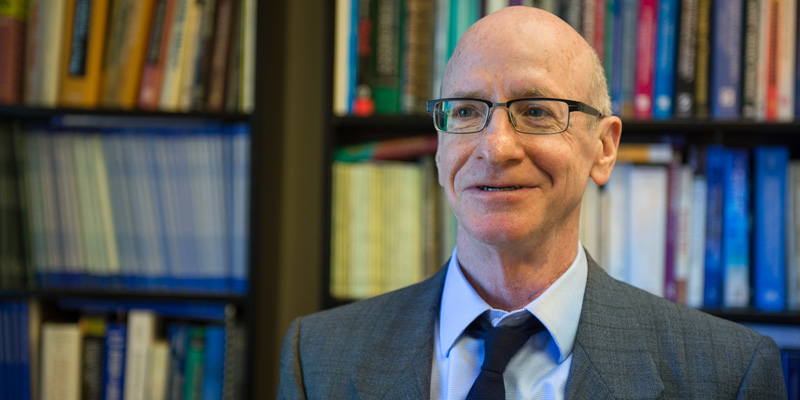 Movie villains from Norman Bates to Hannibal Lecter have popularized the notion of the psychopath as cold, cruel, lacking in empathy and beyond the reach of treatment.

A new study in the Journal of Abnormal Child Psychology by UVM psychology professor Tim Stickle and Andrew Gill, a graduate student in the department, suggests that this monolithic view, shared by some treatment professionals, is not only wrong but prevents many diagnosed with psychopathy, or precursors of it, from receiving therapies that could help them live happier, more productive lives.

The study focused on 150 male and female youth housed in juvenile detention centers, aged 11 to 17, who were classified as callous and unemotional, or CU, exhibiting severe anti-social behaviors that put them at risk of developing psychopathic traits as adults.

While some in the research sample did fit the classic definition of psychopathy, a significant subgroup did not, said Stickle.

“They appear callous and unemotional to others but their own emotional experience is that they’re very distressed, have high levels of anxiety, higher levels of depression, higher levels of emotion,” he said. “We think of these harmful, antisocial, aggressive kids as being immune to fear, immune to negative feelings, but in fact we’re showing a whole group of them are not only not immune, but are very susceptible.”

The hopeful implication, said Stickle, is that this set of psychological issues is treatable with approaches such as cognitive behavioral therapy and dialectical behavior therapy that teach strategies for managing emotions.

“There is an opportunity to do things differently and more effectively,” Stickle said.

Effectively treating youth at risk of developing psychopathy as adults has value on a societal as well as an individual level.

Preventing one high risk youth from developing lifelong antisocial behavior will save approximately $3 million across the youth’s lifetime, according to a study conducted in 2007.

Other recent studies have confirmed that this emotionally distressed subgroup also exists among adults with psychopathic traits.

The study’s ability to identify subgroups within the CU research sample was made possible by the psychological testing instruments the researchers used, which gathered information from subjects on a wide variety of personality and emotional traits.

Psychopathy is usually identified with a far narrower checklist of traits and behaviors.

“It’s not just one characteristic that allows clear identification of who falls in which group; it takes a wide range of traits,” Stickle said.

The researchers used a sophisticated statistical method called model-based cluster analysis to place research subjects in three significant subgroups. Two corresponded to categories that have been hypothesized to exist since the 1940s: primary psychopathy, which includes those with the classic traits of low-empathy and insensitivity to the pain of others, and secondary psychopathy, the group with the surplus of unregulated emotion. Researchers termed the third group to emerge “low psychopathy delinquent.”

The multidimensional testing tools the study employed should be widely adopted in the future, said Stickle, to ensure that those in the secondary psychopathy subgroup receive the appropriate therapy.

“Using a wide range of measures of emotional experience and expression is very important to clearly identify who these individuals are so they can be helped,” he said.

The study is first to find that CU girls are especially likely to fall within the group that suffers from significant emotional distress and unregulated negative feeling.

“These traits are particularly prevalent in adolescent females in the juvenile justice system,” Stickle said.

The study also breaks ground in showing that callous and unemotional youth are at risk of developing clinically significant levels of depression.