Published in the April 21 issue of the Journal of the American Medical Association the study found parent training was more effective in reducing disruptive and aggressive behavior than 24 weeks of parent education. Parent training provided parents with specific strategies on how to manage serious behavioral problems such as tantrums, aggression, self-injury and noncompliance in children with autism spectrum disorder. Parent education offered useful information on autism – but did not provide guidance on how to manage serious behavioral problems.

The lead author, Karen Bearss, PhD, assistant professor of pediatrics at Marcus Autism Center and Emory University School of Medicine remarked, “It’s striking that children in both groups improved, but on measures of disruptive and noncompliant behavior, parent training was clearly better.”

Autism spectrum disorder (ASD) is a chronic condition beginning in early childhood defined by impaired social communication and repetitive behavior. The disorder affects 0.6 to 1 percent of children worldwide. In young children, ASD is often complicated by serious behavioral problems such as tantrums, aggression, self-injury and severe noncompliance in response to routine environmental demands. These disruptive behaviors can be overwhelming for parents and foster profound uncertainty on how to handle these problems. There are approved medications for these disruptive behavioral problems, but parents of young children with ASD are often reluctant to use medication.

“This is the largest randomized trial of any behavioral intervention in children with autism spectrum disorder, and it shows that parent training works,” notes Lawrence Scahill, MSN, PhD, professor of pediatrics at Marcus and Emory School of Medicine, who directed the study. 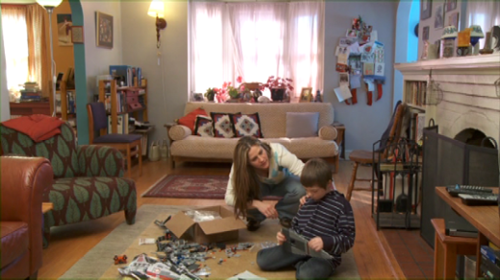 Screen capture of video showing work between a parent and child

Parents in both treatments attended over 90 percent of treatment sessions, suggesting that parents were highly engaged in the study treatments. After 24 weeks of treatment, children in the parent-training group showed a 48 percent improvement on parent ratings of disruptive behavior compared to a 32 percent decline for parent education. Overall progress was rated by a clinician who was blind to treatment assignment. At week 24, 70 percent of children in the parent-training group showed a positive response, compared to 40 percent for parent education.

“This is a very important study for children and families with ASD. Parent training is known to be effective for children and adolescents with behavior problems, and is now demonstrated to be effective for children with ASD,” commented John Walkup, MD, a child psychiatrist and professor of psychiatry at Weill-Cornell Medical College and New York-Presbyterian Hospital. Walkup, who was not involved in the study, added: “The magnitude of benefit is large given the active control group. It is also good news that the benefits of parent training build with time.”

Parents of young children with ASD are inundated with an extraordinary range of treatments with claims and counter claims, but often little evidence. The study results suggest that accurate information alone is helpful to parents. Providing parents with practical strategies to manage serious behavioral problems improved parental readiness to deal with the daily challenges of raising a child with ASD above and beyond information alone.

Despite the increased recognition of ASD in young children, rigorous testing and dissemination of evidenced-based treatments has lagged far behind. The results of this study support the view that parent training is ready for export. The next step is to move toward wider application of this evidence-based intervention.