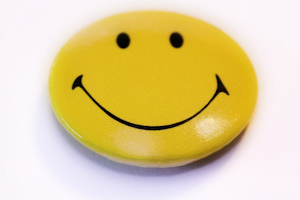 The study by Dr Bram Vanhoutte and Professor James Nazroo, published in the Journal of Population Ageing, also found that English people who climb the social ladder are more content and happy when they get older than people in the States who are similarly upwardly mobile.

The research sought to find out whether social mobility makes people happier in later life while taking into account people’s living conditions.

Dr Vanhoutte said: “Everybody believes that in the US it is easier to climb the social ladder whereas in England there is less social mobility. There is some truth in that, while almost half of those born in a working class family will retire working class in England. This figure is only a third in the US.

“We’ve discovered that English people who do manage to upgrade their social status substantially end up with a greater sense of autonomy and control. In America on the other hand, people who have risen in society’s ranks are less satisfied than those who haven’t, raising serious questions on the practical merits of living the American dream.”

The study also suggests that growing up in a highly educated household in the US, does make a difference to the sense of happiness in later life.

Following this research, the team will begin to investigate in more detail exactly how occupational careers and partner histories shape levels of wellbeing in later life.

Dr Bram Vanhoutte is available for interview via the Media Relations Office.