Racial Anxiety May Alter Time Perception For Some White Americans

WASHINGTON — Time may appear to slow down for white Americans who feel threatened by an approaching black person, raising questions about the pervasive effects of racial bias or anxiety in the United States, according to research published by the American Psychological Association.

In a series of experiments, white adults viewed faces of white and black people who appeared to be moving toward them on a computer screen. Participants rated the apparent speed or approximate time that each face was on the screen and completed a survey that measured their anxiety when around people of a different race.

White participants who reported more racial anxiety perceived the approaching black faces as moving more slowly or appearing longer on the computer screen than the white faces. Although participants saw both male and female faces, there was no difference in observed effects based on gender. The same effects weren’t found when the black faces appeared to be moving farther away, possibly because they weren’t perceived as a threat, the study noted.

While racial bias has been alleged in many recent high-profile police killings of unarmed black men, the authors said this is the first study to demonstrate that racial anxiety may even temporarily alter the perception of time and motion. The study was published online in the Journal of Experimental Psychology: General®.

“People tend to think that if you felt threatened, you’d think someone was approaching more quickly,” said lead researcher Andreana Kenrick, PhD. “But in the moment, the anxiety of the experience may cause heightened attention and time expansion where the passage of time seems to slow down, similar to car crash survivors who say the accident seemed to take place in slow motion.”

These contrasting findings were found in different experiments in the study, said Kenrick, a former postdoctoral fellow at Princeton University where the research was conducted. In one online experiment, 108 white U.S. residents were asked to imagine a white or black person moving toward them. Participants who reported higher levels of racial anxiety imagined that the black person was moving more quickly. However, in four other experiments where participants were shown images, whites who reported more racial anxiety perceived approaching black faces as moving more slowly than white faces in the present moment, possibly because of time expansion effects.

The experiments included a total of more than 500 white adults who were recruited online, at Princeton University or at a shopping mall in Lawrenceville, New Jersey. There was an almost even split between male and female participants, with varying ages. Since all of the participants were white, the study didn’t discern whether black people who report high levels of racial anxiety would experience similar effects for approaching whites.

The findings don’t necessarily mean that the participants who reported high levels of racial anxiety were racist or experienced implicit bias, Kenrick said. Those participants may have been unaccustomed to being around black people or fearful that they might be accused of being racist in an awkward encounter.

“The study is not necessarily measuring racial bias but some of the effects of discomfort around people of another race,” Kenrick said.

The study findings may have important practical implications, including inaccurate eyewitness identification and the misinterpretation of innocent actions by black people as threatening, Kenrick said. “If you perceive time as slowing down, then you may feel overconfident about identifying the approaching person later or interpreting their actions,” she said. “However, more research is needed to reach firm conclusions.”

Andreana C. Kenrick can be contacted by email.

The American Psychological Association, in Washington, D.C., is the largest scientific and professional organization representing psychology in the United States. APA’s membership includes more than 122,500 researchers, educators, clinicians, consultants and students. Through its divisions in 54 subfields of psychology and affiliations with 60 state, territorial and Canadian provincial associations, APA works to advance the creation, communication and application of psychological knowledge to benefit society and improve people’s lives.

Researchers Can Trigger Production of Oxygen-Carrying Cells on Demand 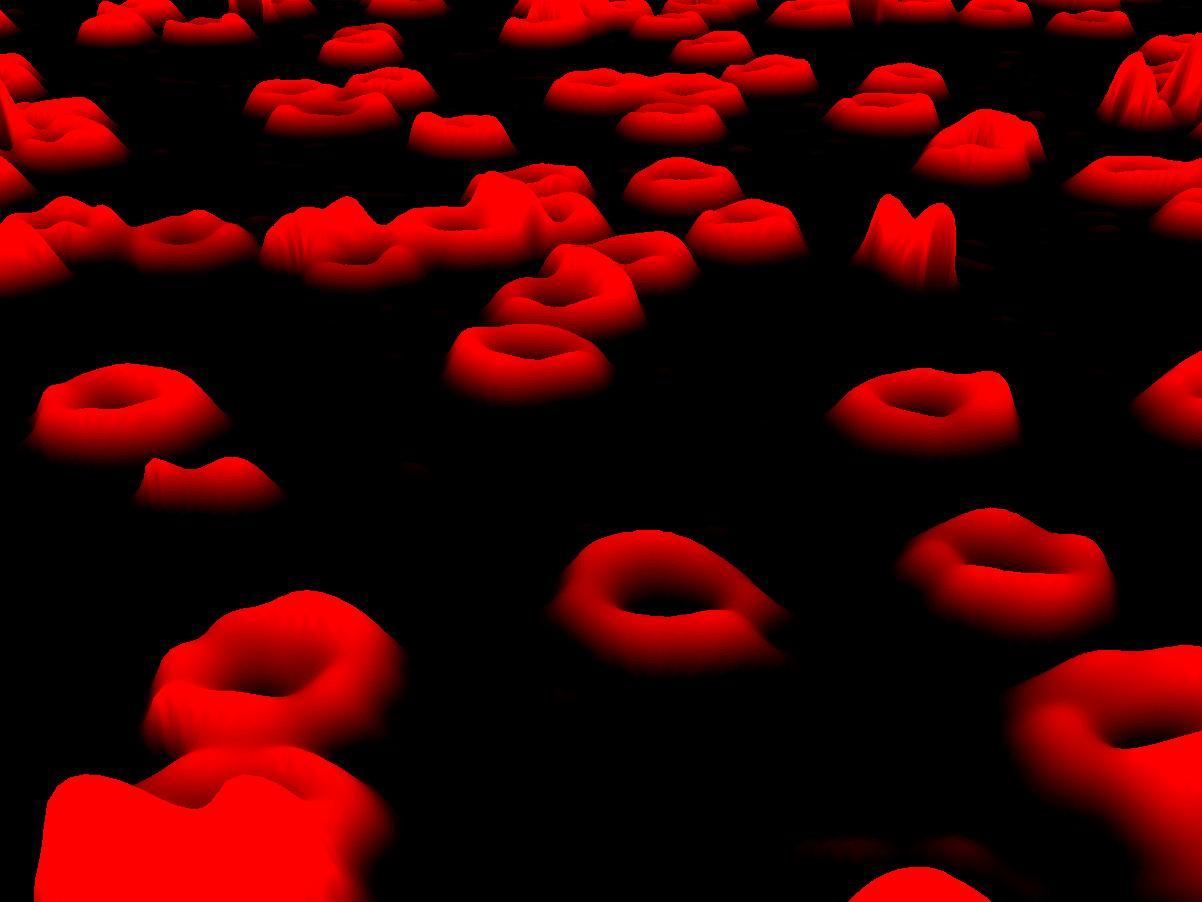 Digital holographic microscopy image of red blood cells. An unanticipated lab result may have led to the discovery of a new way to trigger the production of such cells – with many potential applications. (Credit: Egelberg)

A bizarre result of a routine lab experiment has led researchers at the University of Virginia School of Medicine to an unexpected new way to trigger the production of red blood cells. This could represent a significant step forward in the battle against anemia, and also benefit people with diabetes, kidney disease or cancer.

While more work needs to be done before the method could be used in people, the possibilities are tantalizing. For example, the approach could:

People with anemia – the most common blood disorder – lack sufficient red blood cells, which transport oxygen. People with anemia often experience fatigue and lack energy because their cells aren’t getting enough oxygen. There are many causes, including iron deficiency, vitamin deficiencies and diseases such as kidney disease and cancer. Anemia is particularly prevalent in older adults.

The UVA researchers, however, were not investigating anemia when they made their discovery. Instead, Dr. Thomas J. Braciale and his team members were looking into the role of dendritic cells in the lungs. Dendritic cells have traditionally been thought to be sensors of infection and inflammation, but a lab test involving the flu virus produced a surprising effect in mice that ultimately revealed an entirely new aspect to the cells’ function.

After injecting mice with the flu virus and an antibody that blocked a certain molecule expressed by dendritic cells, the researchers discovered that the experiment had an unexpected effect: The mice’s spleens enlarged massively, which indicated they were producing red blood cells. The researchers were baffled, so they repeated the experiment, only to get the same results.

Stress erythropoiesis refers to the body producing red blood cells because of injury or some other stress. In discovering an unexpected molecular trigger for the process, Braciale had found a switch he could flip to prompt red blood cell production.

“In the very basic way, what we’ve discovered is that the process of regulating stress in the body is mediated – certainly in part, at least – by these dendritic cells,” he explained. “And stress can be a variety of different stresses. It doesn’t have to be infection, it doesn’t have to be inflammation. It can be anemia. It can be hemorrhage. And these cells act to initiate this response that, until this report, there’s been really no evidence that these [dendritic] cells ever participate in making red blood cells.”

Braciale has more work to do before researchers can begin testing the approach in people. He’s optimistic, however, based on his findings so far.

“We’re very excited to see where this goes,” he said. “We know that the same things can be done in humans in the following sense. There are mice called humanized mice. These are mice that are engineered so they have a human blood system. And if you inject these mice with this antibody, they’ll make red blood cells.”

The discovery has been described in an article in the Journal of Clinical Investigation written by Taeg S. Kim, Mark Hanak, Paul C. Trampont and Braciale.