The study uses imaging to compare brain volumes in people with and without depression. (Photo/Maʝicdölphin)

Chronic depression is associated with shrinkage in the hippocampus, a part of the brain related to learning and memory, according to new research led by a team from the Keck School of Medicine of USC.

“Depressed people consistently had less brain tissue in the brain’s memory centers,” said Paul Thompson, professor at the Keck School of Medicine of USC and co-founder of the ENIGMA consortium, a global group of scientists working to uncover factors that help or harm the brain. The ENIGMA team at USC worked with researchers from the VU University Medical Center Amsterdam on this study.

The research, which was published in the July 2 issue of Molecular Psychiatry, also revealed that the differences in the brain become more severe the longer an individual suffers from depression, as well as in people who receive a diagnosis of depression at an early age. The difference in the size of the hippocampus is not detectable when such a diagnosis is first made.

“We found that depression has a unique signature in the brain, which is not apparent at illness onset. We found greater brain abnormalities the longer people have been ill,” said Derrek Hibar, an assistant professor at the Keck School of Medicine and senior author of the study. 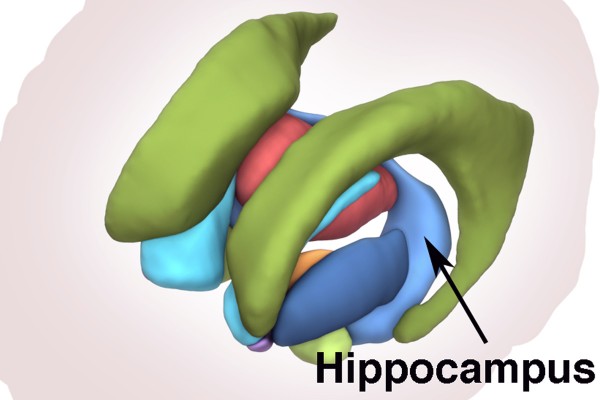 The study is the largest ever of its kind, using brain imaging to compare brain volumes in people with and without depression. The findings are based on evidence from MRI scans from about 9,000 people collected by 65 researchers in seven countries. Of those, 1,728 patients had a clinical diagnosis of major depression and 7,199 were healthy controls.

Depression has a unique signature in the brain. (Photo/ENIGMA)

Previous smaller studies had suggested that depressed people might have smaller brain volumes in certain regions, but the research did not agree on a pattern of effects in the brain.

“In the future, we plan to continue this worldwide collaboration to examine the role of other major brain regions — including the cortex — in depressed patients,” said Lianne Schmaal, assistant professor of psychiatry at the VU University Medical Center and first author of the study.

The researchers noted that the findings point out that effective early intervention is vitally important in treating depression to prevent changes in the brain. This is the first of several broad studies on the topic, which will also look at which treatments are best at resisting this tissue loss and which preventable factors promote depression.