Home » Mental Health & Behavior » Can You Develop Autism As A Teenager

Can You Develop Autism Later In Life As A Teenager? [2023 Updated]

Can You Develop Autism As A Teenager?

We don’t understand the physical cause of ASD, so we can’t test for it medically. Instead, conditions like ASD are diagnosed according to behavior and context. In the case of ASD, it’s specifically a developmental disorder[1]. That means symptoms show up during the developmental period and may impact the learning of basic life skills.

Teens generally have passed the majority of their developmental milestones[2] already. Their social skills and judgment are still developing, as are their bodies. However, developmental challenges would most likely already have appeared.

There are some cases of children gaining proficiency in some skills, then losing that proficiency as they get older and experience more severe symptoms of ASD. This is called developmental regression[3] and is fairly rare. It has also been observed only in toddlers who are still in early development.

In an older teen or adult, this sort of regression wouldn’t be associated with ASD. Most likely, it has its source in some other condition in which loss of already developed skills occurs. Finding a link between ASD and a later loss of skills would change our understanding of the condition on a fundamental level. At the moment, there isn’t much evidence for making that link.

On the other hand, it’s not unusual that symptoms to go unnoticed or are misdiagnosed. It’s also possible that some signs are very subtle in little kids, only really becoming noticeable as they age. There is some evidence that, without treatment, the symptoms of ASD can grow worse[4] with age. It’s possible that in some cases symptoms are only recognizable once the child ages and the symptoms become more severe.

Most children aren’t officially diagnosed until age 3 or after, though there is evidence that ASD can be reliably diagnosed at age 2 or even earlier[5]. Screening for Autism Spectrum Disorder has become a standard part of a child’s regular checkups[6].

Some of those kids were probably misdiagnosed, for one reason or another. However, the study did find that some children scored normally on initial tests, only to develop more problems as they grew older[8].

Rather than developing ASD later in life, however, it’s more likely that those children had less obvious, if not less severe, signs. For example, it may be easier for a teacher or doctor to notice when a child isn’t playing with others or doesn’t imitate their parents in the way most young children do. Symptoms like difficulties with empathy, restricted interests, and more abstract challenges may be harder to spot.

At this point, it’s believed that it really is a matter of harder-to-spot symptoms growing more noticeable, rather than a child developing ASD later in life.

In some cases, diagnosis is delayed for other reasons. This was more true in the past, before a wider effort to educate the public about Autism Spectrum Disorder. In particular, many adults[9] have found that a diagnosis of ASD[10] answers a number of questions[11] about their lives[12].

Many children who were diagnosed with ASD are now teens or even adults. There are fewer cases of teens being diagnosed for the first time, as diagnostic techniques have improved and more children are diagnosed at a younger age. In general, there has been less research on how ASD affects teenagers and young adults.

There have been a few studies focusing on adults[13] who were diagnosed later in life, diagnoses that were usually prompted by better information. Interviews with the subjects in the study revealed that they usually had some idea that they faced unique challenges, or were different in some way. The diagnosis, rather than coming as a surprise, offered an explanation for the challenges they had faced. There’s no indication that they developed ASD later in life, either as a teen or as an adult.

While we don’t understand what causes ASD at this point, there are a few important clues that indicate its cause. Those clues might help reveal that Autism Spectrum Disorder is unlikely to develop as a teenager.

Some research has identified structures in the brain as being associated with Autism Spectrum Disorder[14] and which can be spotted as early as 18 months old. There have also been some potential advances in finding a medical test for ASD. Despite those advances, we still don’t really know what causes Autism Spectrum Disorder. It’s likely influenced by both genetic and environmental factors.

There are a few hypotheses that may not have been proven definitively, but nevertheless have a lot of evidence backing them up. One is that ASD has a genetic cause or causes. Having one family member with ASD increases the odds of another also being diagnosed. This may be the largest single risk factor.

However, there is also evidence that there could be some environmental causes. That just means that ASD could be caused by factors that are not genetic. Some evidence indicates that infections during pregnancy increase the odds of a child being diagnosed with ASD. Older parents also seem to increase the risk.

It should be noted that environmental causes have a much smaller impact on the risk of ASD. Genetic factors seem to play a larger role. Regardless, as ASD is such a complex condition, it’s possible that several different factors play into it.

There are a few known traits that generally increase the risk of an ASD diagnosis[15]. Those are:

Autism Spectrum Disorder is something that affects people for their entire lives, impacting everything from relationships to work. However, by its nature, ASD is something that begins in a young child’s developmental years. People who are diagnosed later in life almost certainly have been dealing with it since childhood, but have not had their struggles recognized. 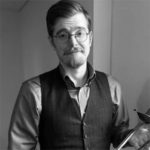 Sean Newton has nearly ten years of experience as a health and fitness writer, focusing on diet and its effects on your health. He also is an avid athlete and martial artist, specializing in bodyweight exercises and movement training. Together with an evidence-based approach to good health, his goal is to lay out the facts for readers, so they can make informed choices.