Is Bluetooth Bad For Your Brain 2022? Safety Tips & Side Effects

We live in a world where we are looking for ways to live a better and healthier life. Sometimes we may want to improve our quality of life so much that we look for the best foods, supplements, and even nootropics to build a resilient immunity.

Living healthy also means being conscious of what we expose our bodies to. One thing many of us are constantly exposed to is Bluetooth technology. Is Bluetooth safe? In our homes, we all have at least one Bluetooth device. It could be our televisions, portable speakers, Bluetooth headphones, or phones. As a result, no one can completely avoid being exposed to these radiations.

Fortunately, there is a science to help us understand more about Bluetooth radiation and if it is harmful to our brains. So let’s jump right into it.

Is Bluetooth Safe for Brain?

Since Bluetooth is in the non-ionizing group of EMR which emits low-frequency waves, it is safe for humans, and it will not pose any health risks to the brain. These frequencies are too low to change the cell structure. So they cannot dislodge electrons from an atom, which is the dangerous characteristic of ionizing EMRs.

Bluetooth has a meager specific absorption rate[1], SAR, further proving that it is not lethal to damage the natural cell structure or cause brain cancer.

SAR is the rate at which our bodies absorb energy per unit mass on energy exposure. Most mobile devices, including Bluetooth headphones and Bluetooth speakers, are manufactured according to a SAR level[2] of 1.6 watts per kg. And this number is even lower for Bluetooth devices.

That figure is used in the US; the European SAR level is set at 2 W/Kg.

Here is a comparison of the levels to actual Bluetooth devices used by people every day:

But since these devices still emit radiation, the concern might not be the absorption level but rather how long you are exposed to it. So is long-term exposure to Bluetooth headphones dangerous? We shall take a look at that later on.

What is Bluetooth Radiation?

Bluetooth[4] is a wireless radio technology that allows two Bluetooth-enabled devices such as Bluetooth headphones to communicate without touching. It facilitates data transfer, allowing you to share photos, music, and other media.

Bluetooth typically works within the frequencies 2.402 to 2.480 gigahertz. And that is quite similar to the same frequencies as Wi-I, mobile phone connections, and microwaves.

Like these wireless devices, Bluetooth is in the class of electromagnetic radiation[5], EMR.

Here is all you need to know about EMR:

The EMR is an invisible area of energy according to the National Institute of Environmental Health Sciences[6] definition. Both synthetic and natural elements may emit or absorb this energy.

With EMR, the higher the frequency an object emits, the more energy it releases. There are two main types of EMR: ionizing EMR[7] and non-ionizing EMR[8].

Ionizing radiation is the EMR frequency that is notably high and thus can possibly cause brain tumors and other health risks. This is because they can cause DNA damage and also damage human cells.

Ionizing EMR means that these energy molecules are strong enough to dislodge the electrons in an atom of a substance. Exposure to ionizing EMR poses many health risks[9] to the human brain and all other living creatures. Some of the elements that emit EMR radiation are:

Non-ionizing radiation has a relatively low emission of electromagnetic radiation, posing only a minimal risk of damage to the cells or DNA.

Examples of non-ionizing EMR are:

Why Do People Think Bluetooth is Dangerous?

Despite scientific evidence against this belief, many people are still concerned that the non-ionizing EMR emitted from Bluetooth speakers is harmful. This is because they continue to emit this radiation. Here are a few of the questions raised:

Can They Cause Cancer?

Brain cancer is perhaps the most worrying health risk that people have when it comes to using Bluetooth headphones, simply because the devices are often used very close to the brain.

In a 2015 study[10], there was a conclusion that mobile devices have some influence in causing meningioma, a type of brain tumor. This was so much so that it sparked a conversation that Bluetooth devices might have the same effects since they fall under the same group of non-ionizing EMR.

The only issue is that t study only touches solely on cell phones increasing the risk of brain cancer. There was never anything noted that Bluetooth devices specifically indeed caused it.

More studies[11] were conducted, but there was no conclusive evidence to support this claim that non-ionizing EMR caused cancer.

Yet another study[12] further purported that cell phone health risks had no effect even on children.

Another study[12] purported that cell phones had possible health risks for childhood cancer. It further stressed that non-ionizing EMR devices or objects that emit this radiation should not be neglected and watched since more studies are needed to prove if Bluetooth is genuinely harmful to kids.

Can Bluetooth Headphones Make You Infertile?

Another primary concern besides brain cancer for Bluetooth devices is fertility. Several studies were linked to the possibility of cell phones causing male infertility And yet again, a few people attributed this to Bluetooth devices.

In a 2009 study[13], there was evidence that with frequent use of mobile devices near the male genitalia, there was a likelihood of sperm count reduction[14]. Then another[15] study showed a similar effect, linking it to increased oxidative stress from the EMR radiations given off by cell phones.

These claims may be accurate regarding cell phone use, but it is highly unlikely that someone would use a Bluetooth device near their testes.

And so there is no proof that Bluetooth devices cause infertility, and is likely just a myth. However, keep in mind that using cell phones near your testes can cause sterility; and the research points to that being factual. So when it comes to family and community health, ensure that you spread the word correctly!

Does Bluetooth Damage The Brain in Long-term Exposure?

Bluetooth devices emitting any radio waves may not lead to immediate damage to the brain in the short term. However, any concern may be tied to long-term exposure. Is Bluetooth dangerous to the brain long-term?

The answer to this is also likely no.

Bluetooth devices have a relatively low power output[16], which is the energy it uses to reach the brain. When these Bluetooth radio waves reach the brain, they cannot produce enough heat to cause any lasting neurological disorders. And this still holds true even after using them for long hours, weeks, or months -there is no significant increase in cancer risk.

Based on the evidence, your Bluetooth devices are likely safe to use, even long-term. In summary, radiation exposure to Bluetooth is unlikely to cook or damage your brain in any way or form.

Why Having Bluetooth Devices Become a Concern?

The concern about the possible adverse health effects of Bluetooth on the brain can be traced back to 2015[17]. Several studies[18] attest that prolonged exposure to mobile phones could harm the human body in several ways during that period.

These studies caused an uproar in the medical community promoting two hundred scientists to appeal[19] to the United Nations and, more specifically, the World Health Organization, WHO, to impose stricter regulations for EMR radiating devices.

What you must note in this scenario is that the focus was never on Bluetooth devices, but on EMR-radiating devices like cell phones.

In 2019[20], when Apple Inc launched its Airpods, another uproar was ignited regarding their safety. However, this claim never explicitly said that the problem was Bluetooth devices. Even so, Bluetooth devices were never on that list in the first place.

Even though we have already debunked this widespread myth that the radio frequency from Bluetooth devices is harmless, it is still better to be safe than sorry. With that, here are some of the things you can consciously do to minimize the risk of negative effects as much as possible.

What you are doing to your body is exposing it to various levels of EMR radiation, which collectively increases your overall SAR levels. This might, without a doubt, increase the risk of cancer and other neurological disorders[21] caused by radiation. And even when you might be eating healthy or chewing gum to stay alert, you are still putting yourself in danger.

Yet another way to reduce cancer risk from radiation overexposure is by opting to answer your phone calls with the hands-free option. r Better yet, use your speakerphone.

Another sound choice you have is by using wired headphones that eliminate the use of powering up your phone and headset’s Bluetooth.

Children are more sensitive to radiation in general. In that case, limit how much radiation they get exposed to. You can do this by keeping the phones, Wi-I routers, Bluetooth devices, and microwaves out of their reach.

Even exposure to ultraviolet light from the sun can be limited by keeping them away from harsh direct sunlight or simply applying sunscreen on them when they are outside.

Select brands that comply with the SAR limits

Finally, since SAR limits are fundamental in increasing cancer risks, buy devices that comply with the international limits set forth. For an extra layer of safety, perhaps choose the ones with Federal Communications Commission (FCC) standards too.

The frequency of Bluetooth/WLAN 802.11 b/g/n gadgets is approximately 2.4 GHz, so they were included in this same lineup of ISM bands.

Bluetooth devices such as headsets, speakers, and Bluetooth headphones are not inherently harmful to cells and are unlikely to cause brain cancer. They have their own set of advantages, such as allowing you to maintain your concentration without being restricted by wires.

It’s an added bonus that you can dance without tagging on a wire and work and move without being restricted by the wires too.

science is constantly evolving with emerging studies, and so there is still a lot of research underway. And so, this calls for you to proceed with caution when it comes to all electronic devices.n, Follow the precautionary steps above to fend off any possible health conditions that may be caused by radiation exposure. 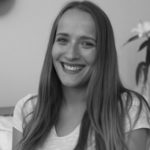 Mitchelle Morgan is a health and wellness writer with over 10 years of experience. She holds a Master's in Communication. Her mission is to provide readers with information that helps them live a better lifestyle. All her work is backed by scientific evidence to ensure readers get valuable and actionable content.