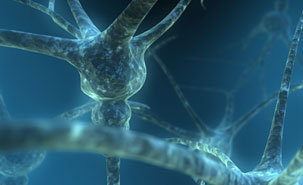 “In addition to causing obesity, rich foods can actually cause chemical reactions in the brain in a similar way to illicit drugs, ultimately leading to depression as the ‘come-downs’ take their toll,” explain lead researcher, Dr. Stephanie Fulton.

As is the case with drug addicts, a vicious cycle sets in where “food-highs” are used as a way to combat depression. “Data shows that obesity is associated with increased risk of developing depression, but we have very little understanding of the neural mechanisms and brain reward patterns that link the two,” Fulton said. “We are demonstrating for the first time that the chronic consumption of palatable, high-fat diets has pro-depressive effects.”

A molecule in the brain known as dopamine enables the brain to rewards us with good feelings, encouraging us to learn certain kinds of behaviour. This chemical is the same in humans as it is in mice and other animals. The research team feed mice different kinds of food and monitored how the diet affects the way the animals behave. Fulton and her colleagues use a variety of scientifically validated techniques to evaluate the relationship between rewarding mice with food and their resulting behaviour and emotions. The team is also contributing to the improvement of these techniques, such as the one demonstrated in the video. Later, the team actually looks at the brains of the mice to see how they have changed.

Mice that have been fed a higher-fat diet exhibit signs of being anxious, such as an avoidance of open areas, and of being depressed, such as making less of an effort to escape when trapped. Moreover, their brains have been physically altered by their experiences. For example, CREB is a molecule that controls the activation of genes involved in the functioning of our brains and is well known for its contribution to memory formation. CREB is much more activated in the brains of higher-fat diet mice. Finally, these mice have higher levels of corticosterone, a hormone that is associated with stress.

Fulton and her team are part of a research network that is working together to address the biological reasons for obesity and its related diseases, such as cardiovascular diseases, type 2 diabetes, some cancers, and of course depression. She is based at the Montreal Diabetes Centre, an institution associated with the CHUM and four Montreal universities that brings together facilities for clinical research, cell biology and microscopy research, and rodent physiology research, such as that involved in the depression study. “Although popular culture jokes about these illnesses and even mocks the people who are suffering, obesity is a serious and major public health issue that already affects hundreds of millions of people. As a society, we must avoid creating stigma and discriminating against obese and depressed people,” Fulton said. “With regards to research, it is urgent that we identify the molecules and neural pathways involved in obesity and obesity-related illnesses. My colleagues and I are committed to identifying the brain circuitry involved in these diseases and to improving the tools available to researchers working in the same field.”

About the study into the link between high-fat diets and depressive symptoms
Stephanie Fulton and Sandeep Sharma published “Diet-induced obesity promoted depressive-like behaviour that is associated with neural adaptations in brain reward circuitry,” in the International Journal of Obesity on April 17, 2012. The study was funded in part by a grant from the Canadian Diabetes Association (OG-2-09-2835-SF).

About the video outlining how to evaluate the behaviour of mice
Sandeep Sharma, Cecile Hryhorczuk, and Stephanie Fulton published “Progressive-ratio Responding for Palatable High-fat and High-sugar Food in Mice” in the Journal of Visualized Experiments on May 3, 2012. The project was supported by grants from the Natural Sciences and Engineering Research Council of Canada (355881) and the Canada Foundation for Innovation. The video has been made available to media by the Journal of Visualized Experiments and Med Associates, Inc.