ANN ARBOR, Mich. —   Research led by the University of Michigan, the Jackson Laboratory in Maine and the University of Texas Health Sciences Center has found that a drug commonly used to treat type 2 diabetes increases the median lifespan of male mice by 22 percent.

The effects of the drug known as acarbose were smaller in female mice, producing only a 5 percent increase in lifespan, according to the findings that appear in Aging Cell.

“The new results on acarbose support the idea that drugs may someday be developed to prevent many diseases while also slowing the aging process itself,” says senior author Richard Miller, M.D., Ph.D., professor of pathology at the U-M Medical School and associate director of the U-M Geriatrics Center.

The study also found that the effect on maximum lifespan was similar in male and female mice, increasing longevity by 11 percent and 9 percent, respectively. The research was done as part of the National Institute on Aging’s Intervention Testing Program (ITP) 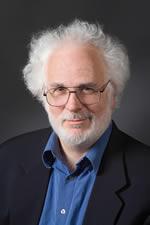 Acarbose, suggested for the study by scientists at the University of Alabama in Birmingham, is believed to work by slowing the digestion of starches, which prevent rapid increases in blood sugar levels after meals.  Most of the mice in the study die of some form of cancer. Authors say the longer lifespan of the acarbose-treated mice suggests that the drug may, through unknown pathways, help to prevent cancer as aging proceeds.

Miller says that because acarbose is known to be safe for long-term human use, it may be possible for clinical researchers to evaluate its effects on aging and age-related diseases, both in people who take the drug to treat their diabetes, and in healthy volunteers.

“Further studies in mice may shed light how the cellular and physiological connections between acarbose and control of glucose levels may influence the pace of aging,” says Miller.

Authors also say that the differences in results between male and female mice reinforce the idea that some interventions have gender-specific effects.

Acarbose, EST, NDGA, and MB are four of several treatments that have been investigated through the ITP, which studies compounds in mice for their potential to extend lifespan and delay disease and dysfunction. So far, six of 18 compounds tested have shown a significant increase in lifespan of at least one sex of mice; other studies are still in progress.  A noteworthy discovery from the ITP was that rapamycin, an immunosuppressant, significantly increases lifespan of both male and female mice, mimicking many of the health benefits of calorie restriction. Learn more about the ITP here.