PROVIDENCE, R.I. [Brown University] — Magnesium is an important nutrient, in part because it appears to help regulate insulin secretion and/or action. Sure enough, studies over the last decade have shown that low intake of the mineral is a risk factor for developing type 2 diabetes. But everyone is different, so doctors need to know much more before they can accurately tailor nutritional therapy for patients. A new study in the Journal of Nutrition found several deep, specific interactions of diet, genetics, and ethnicity in determining magnesium-mediated diabetes risk in postmenopausal women.

It’s not informative enough to examine disease risk in terms of just genes, or just magnesium intake, said study senior author Dr. Simin Liu, professor of epidemiology in the School of Public Health at Brown University and professor of medicine at the Alpert Medical School. 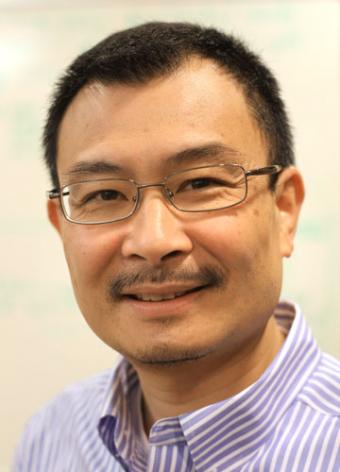 “The ultimate effect of a genetic mutation on a disease outcome is indeed dependent on environmental exposures,” Liu said. “It is an interaction.”

To better understand those interactions in the relatively understudied populations of black and Hispanic women, Liu’s team looked into the rich dataset of the Women’s Health Initiative, a massive study funded by the National Heart Lung and Blood Institute. With this resource they were able to analyze the magnesium intake, type 2 diabetes status, and genes of 7,287 black women and 3,285 Hispanic women between the ages of 50 and 79.

The study aimed to account for all genes known to regulate how the body handles magnesium. In all, the team looked at 17 genes and in particular at 583 common one-letter differences in their genetic code (e.g., what would normally be an A is instead a G). These differences are called single-nucleotide polymorphisms — SNPs.

For example, lead author by Kei Hang Katie Chan and her co-authors found that among Hispanic American women with high magnesium intake, those with the SNP “rs8028189” on the gene “NIPA2” had a 35-percent lower type 2 diabetes risk than women overall, an uncommonly high advantage. Black women, meanwhile, showed a 16-percent lower risk for each copy of the gene “CNNM1” they carried with the SNP “rs6584273.” Here, however, there was no clear dependence on how much magnesium they consumed.

The study provides clues into underlying physiological connections that link magnesium to diabetes. “Nutrient metabolism is genetically regulated and each gene typically has some specific functions,” Liu said, “and our study suggests each one’s relative contribution to diabetes risk in different women. But more study is needed to understand these links well enough to craft interventions.”

Liu’s team recently became one of the first to win a grant under the American Heart Association’s Cardiovascular Genome-Phenome initiative. He will use that support to pursue further studies into the links among diet, genetics, ethnicity, and the risks of diabetes and cardiovascular disease. Ultimately, he hopes to make findings that enable highly personalized prevention and medical care of the conditions, informed by an understanding of the complex interplay between lifestyle and biology in each patient.

“That’s the general framework of ‘4P’ medicine — predictive, preventive, personalized, and participatory,” he said. “We are not ready for prime time yet, but that’s ultimately the goal.”

In addition to Liu and Chan, other authors on the paper are Sarah Chacko, Yiqing Song, Michele Cho, Dr. Charles Eaton, and Wen-Chih Wu of Brown.

Support for the research came from sources including the National Institutes of Health and the Burroughs Wellcome Fund.