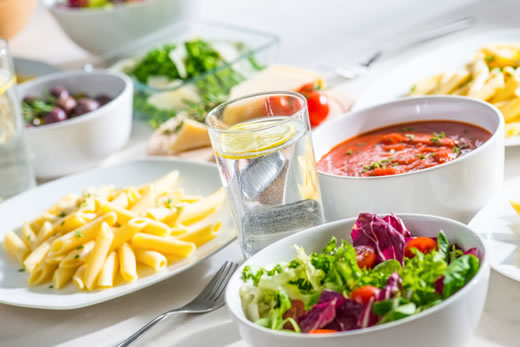 Researchers found that Latinos who worry about having enough food to eat — so-called food insecurity — report having a poorer diet and exhibit worse glycemic control than those who are not worried about having sufficient food to survive. Findings were presented at the Presidential Session of the American Diabetes Association’s 75th Scientific Sessions.

The Emory team decided to measure food insecurity at Atlanta’s Grady Memorial Hospital after hearing from patients that they could not afford to buy healthy foods, such as fresh vegetables.

Investigators asked whether patients had been worried about having enough food to eat at any point in the past 30 days. They also developed a tool based on the plate method to assess the amount of vegetables patients were eating during their main meal each day (full plate, one-half, one-third of a plate, one-fourth of a plate, or no vegetables).

In addition, the researchers measured and analyzed differences in A1C, a three-month measure of glycemic control, between the food insecure and food secure patients. Glycemic control refers to the typical levels of blood sugar in a person with diabetes.

“These findings underscore the importance of individualized diabetes management, and the need to take into account not only patients’ socioeconomic status, but food availability, when discussing diabetes self-management,” says diabetes educator Britt Rotberg, MS, RDN, LD, assistant director of the Emory Diabetes Education Training Academy of the Emory Latino Diabetes Education Program at the Emory University School of Medicine.

When looking at patients who consumed more than one-third of a plate of non-starchy vegetables at their main meal, researchers found that 62 percent were food secure compared to 38 percent who were food insecure.

Rotberg, who is board certified in advanced diabetes management, says the study showed no significant difference in body mass index (BMI) between the two groups suggesting “both groups may consume comparable calories per the individuals’ requirements, but with a difference in nutrient density potentially determining the difference in glycemic control.”

For more information on the Diabetes Education Center at Grady, please visit this link.