LA JOLLA—Diabetes is often the result of obesity and poor diet choices, but for some older adults the disease might simply be a consequence of aging. New research has discovered that diabetes—or insulin resistance—in aged, lean mice has a different cellular cause than the diabetes that results from weight gain (type 2). And the findings point toward a possible cure for what the co-leading scientists, Ronald Evans and Ye Zheng, are now calling a new kind of diabetes (type 4).

“A lot of diabetes in the elderly goes undiagnosed because they don’t have the classical risk factors for type 2 diabetes, such as obesity,” says Evans, director of Salk’s Gene Expression Laboratory and senior author of the new paper, which was published November 18, 2015 in Nature. “We hope our discovery not only leads to therapeutics, but to an increased recognition of type 4 diabetes as a distinct disease.”

In healthy people, the pancreas produces the hormone insulin, which signals to cells to take sugar out of the blood after a meal. In people with diabetes, however, the cycle is broken: either insulin is not produced in response to a meal or the muscle and liver cells don’t respond to the insulin (also known as insulin resistance). In either case, sugar stays in the bloodstream for longer times, leading to a host of health issues ranging from loss of limbs to death. 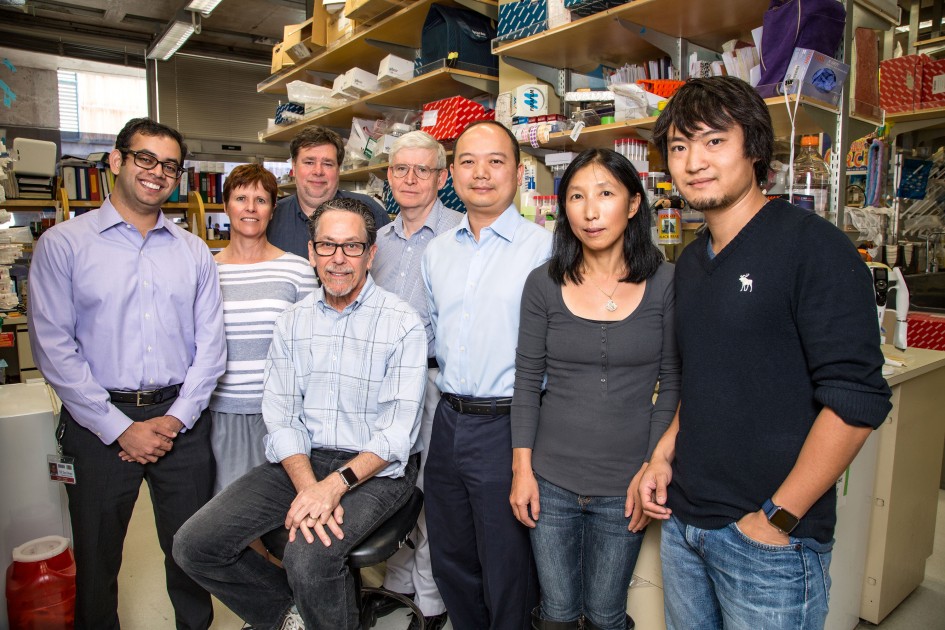 Traditionally, diabetes has been grouped into the rarer type 1 disease, which most often appears in childhood when the pancreas stops producing insulin; and type 2, which is characterized by the body’s failure to respond to insulin and most often attributed to being overweight. Both forms of the disease lead to high blood sugar levels. A third type of diabetes results in symptoms mimicking Alzheimer’s. But Evans—after a thin, older family friend developed diabetes—wondered why some people developed the disease later in life without weight gain.

Evans, along with Zheng, an assistant professor in Salk’s Nomis Foundation Laboratories for Immunobiology and Microbial Pathogenesis, and colleagues, set out to compare the immune systems of healthy mice, those with obesity-related diabetes and those with age-related diabetes. The mice with age-related disease, they found, had abnormally high levels of immune cells called T regulatory cells (Tregs) inside their fat tissue. Mice with obesity-related diabetes, on the other hand, had normal levels of Tregs within the tissue, despite having more fat tissue. 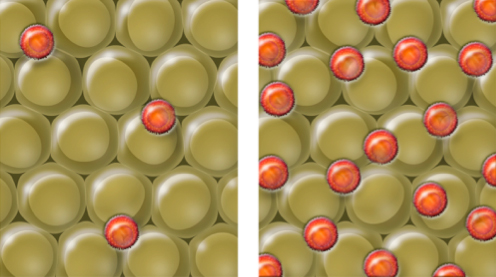 Salk researchers show that diabetes in elderly, lean animals is caused by an overabundance of immune cells in fat. In this graphic, fat tissue is shown with representations of the immune cells called Tregs (orange). In aged mice with diabetes (represented on the right), Tregs are overexpressed in fat tissue and trigger insulin resistance. When Tregs are blocked, the fat cells in mice become insulin sensitive again.

“We created a census of immune cells in the fat of these mice,” says Sagar Bapat, a graduate student in the Evans and Zheng labs and first author of the new paper. “Simply by counting cell types, we immediately saw that there were more Tregs in the older mice with diabetes than any other group.”

Normally, Bapat explains, Tregs help calm inflammation. Because fat tissue is constantly broken down and built back up as it stores and releases energy, it requires low levels of inflammation to constantly remodel itself. But as someone ages, the new research suggests, Tregs gradually accumulate within fat. And if the cells reach a tipping point where they completely block inflammation in fat tissue, they can cause fat deposits to build up inside unseen areas of the body, including the liver, leading to insulin resistance.

“It was a little bit surprising since normally Tregs are supposed to be beneficial for the body,” says Zheng.

When the scientists blocked Treg cells from accumulating in the fat by targeting a molecule that the immune cells require, mice no longer developed type 4 diabetes in old age. However, if mice became obese, blocking the Tregs in fat did not prevent type 2 insulin resistance.

“It turns out that for this type of diabetes, the treatment is not losing weight,” says Evans. “The treatment is actually losing these cells, and we show that it’s possible to do that.”

The researchers now want to find out exactly how Tregs interact with fat tissue and whether the immune cells accumulate in other organs during normal aging. They’re also planning studies to see whether the results hold true in humans. “We’re working with clinicians to get samples from older, lean people with diabetes to see if this cell type is also implicated in human disease,” says Michael Downes, a senior staff scientist at Salk involved in the new study.