Obesity in Samoa: A global harbinger? 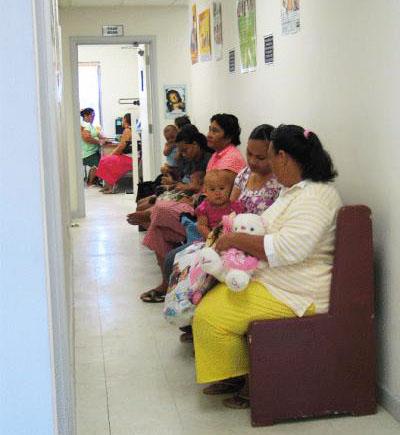 How did all this happen?
Obesity is rising in the developing world. In Samoa and American Samoa the rate of obesity has grown rapidly, detectable even in newborns. Understanding why will be important for international health.PROVIDENCE, R.I.[Brown University] — The South Pacific archipelago of Samoa and American Samoa harbors a global health mystery that may seem both remote and extreme but could foretell trends in obesity and related conditions across much of the developing world.

About three-quarters of the U.S. territory’s adult population is obese, the highest rate in the world with independent Samoa quickly catching up. Rates of type 2 diabetes top one in five and a recent study found that the elevated obesity rates are present even in newborns.

This pandemic began only a few decades ago and for much of that time Brown University epidemiologist Stephen McGarvey has applied a highly integrative brand of scholarship to the islands to investigate the mystery’s one overriding question: How did all this happen?

McGarvey explained where his quest has led him and what he has found at the annual meeting of the American Association for the Advancement of Science in Chicago Feb. 16, 2014, during a session on the importance to studies of human health and biology of performing field work and considering cultures in the developing world.

McGarvey is a biological anthropologist in the Brown University School of Public Health. With that that background he is able to tease apart the contributions that three main factors likely make to Samoa’s obesity crisis: genetics and epigenetics, culture and economics, and geography.

McGarvey and his Samoan and stateside collaborators have conducted several studies of genetics on the island to search for unique biological susceptibilities to obesity in the Samoan population. Looking deep into the migrations and history of Polynesian peoples, it’s conceivable that life might have been stressful enough or food may have been scarce enough to uniquely influence genes related to managing and storing energy.

Stephen McGarvey
In ways similar to the Samoan Islands, westernized lifestyles and diets have also spread through much of the developing world and obesity is already on the rise in many of those areas. Credit: Mike Cohea/Brown UniversitySo far there has been no clear genetic “smoking gun” that would lend such “just so” stories more credence.

McGarvey and colleagues are currently engaged in a National Institutes of Health-funded genome wide association study (GWAS) in Samoa to continue the investigation whether genetics or environmentally influenced gene expression have any role.

“We have found a few things that look like they could be unique to Samoa in our GWAS, but we are at the point now of doing replication studies of that finding,” McGarvey said. “We have to be careful. We have to replicate this in another Samoan data set and then we may try to replicate it in another population.”

And then would come the task of figuring out the interaction of those genes with environmental factors.

Certainly, with or without a definitive biological underpinning, the timing of the island’s obesity pandemic coincided with a change in diet and lifestyle. Where Samoans once engaged in subsistence fishing, Westernization has brought fast food, labor-saving devices, and other conveniences.

McGarvey co-authored and led a study in 2012 showing that the available food energy in Samoa rose an average of 900 calories per person between 1961 and 2007 and that most of those new calories came from dietary fat. Meanwhile, McGarvey said, the islands were ill-prepared for the ramifications of this sweeping change in diet. Health education and awareness efforts on the island are still catching up to the changes.

“There was very little resistance to these forces of dietary change and physical activity change, including health knowledge and preparation of the health care system,” McGarvey said.

In ways similar to the Samoan Islands, westernized lifestyles and diets have also spread through much of the developing world and obesity is already on the rise in many of those areas. But the extent of it has not reached Samoan levels. If a unique genetic predisposition among Samoans can be proved, then Samoa may have a special nature, but the slower pace of the obesity epidemic elsewhere might also be explained by geography, McGarvey said. American Samoa’s small land area and population could easily be swept by a relatively modest influx of unhealthy diets from fast food restaurants and supermarkets, whereas the vast continent of Africa, for example, cannot.

The Samoan population therefore may be rare in the extent of its struggles with obesity but maybe only the fast pace of the problem’s development is unique. If it’s the latter, then the island may be a harbinger of global health difficulty to come.