PROVIDENCE, R.I. [Brown University] — A study of nearly 400 people finds that those who exhibited more “dispositional mindfulness,” or awareness of and attention to their current feelings and thoughts, were less likely to be obese and had less abdominal fat than people who did not exhibit as much of that awareness.

Dispositional mindfulness is not the same as mindfulness meditation, in which people make a conscious, focused practice of attending to their current state and sensations. Instead, it’s more of an inherent personality trait, though it can also be taught.

“This is everyday mindfulness,” said lead author Eric Loucks, assistant professor of epidemiology in the Brown University School of Public Health. “The vast majority of these people are not meditating.”

Loucks’ study, published in the International Journal of Behavioral Medicine, looked at how 394 people in the New England Family Study (NEFS) scored on the six-point Mindfulness Attention Awareness Scale (MAAS). Participants rated their agreement with 15 prompts, such as “I find it difficult to stay focused on what’s happening in the present” and “I could be experiencing some emotion and not be conscious of it until some time later.”

The researchers also measured the amount of belly and hip fat each person had using the dual energy X-ray absorptiometry scanner at Memorial Hospital in Pawtucket. They also gathered measurements of body mass index and other data on each participant’s health, lifestyle, and demographics.

The research team’s analysis found that even after adjusting for a multitude of possible confounding factors (e.g., age, smoking, socioeconomic status), people with MAAS scores below four were 34 percent more likely to be obese than people with a score of six. Meanwhile, people with the lower MAAS scores had, on average, a bit more than a pound of belly fat (448 grams) than people with the high score. Both of these results were statistically significant. 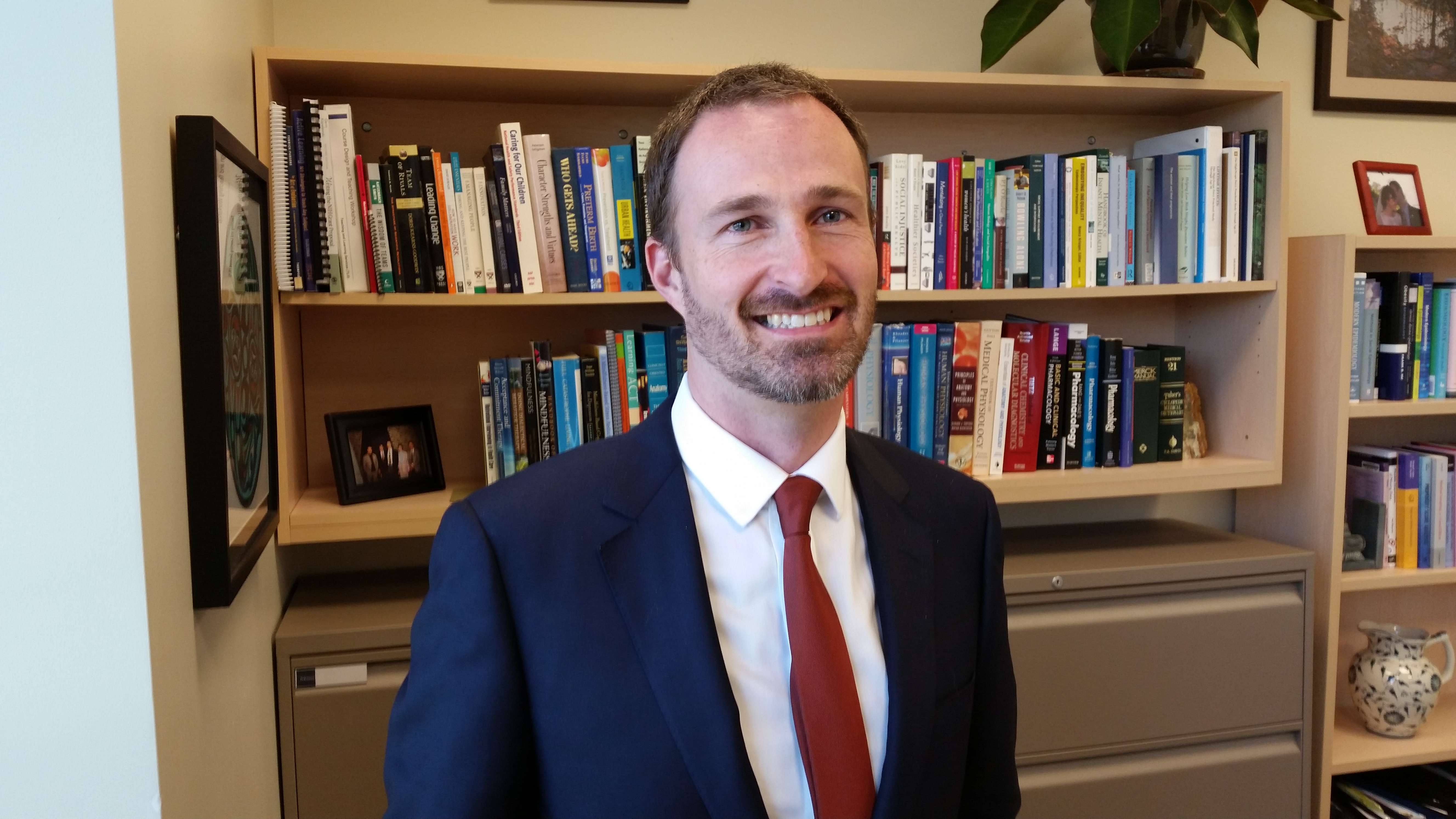 Eric Loucks
“Awareness seems to be enough to have a small to medium effect. Then there is the question of what could we do to increase it.”

Because the volunteers have been NEFS participants since childhood, the researchers could track whether they were obese as children. Among the study’s findings is that people who were not obese as children but have become so as adults were significantly more likely to be low MAAS scorers.

Is the connection causal?

The study only measures an association, Loucks and his co-authors note. It does not prove that higher mindfulness causes weight loss. But here’s what Loucks hypothesizes is going on: Like other animals, people are evolutionarily predisposed to stock up on calories when they are available and to rest when they get the chance. In prehistoric times that was a sensible survival instinct but in a first-world context of fast food and television, it can easily lead to excessive weight gain.

Mindfulness, which other studies have shown can help people overcome cravings and eat a healthier diet, Loucks said, may be the cognitive tool people need to overcome their instincts. Similarly, it may help people override an aversion to initiating exercise (research suggests that people feel great after working out but often feel ambivalent about getting started).

“That’s where the mindfulness may come in,” Loucks said. “Being aware of each and every moment and how that’s related to what we do and how we feel.”

Loucks acknowledged that the differences inherent dispositional mindfulness seems to make, while significant, are not huge.

“Awareness seems to be enough to have a small to medium effect,” Loucks said. “Then there is the question of what could we do to increase it.”

Clinical trials of whether specific interventions enhance the apparent benefits of mindfulness would help determine whether it indeed has a causal role in lowering obesity risk. Prior studies of mindfulness in weight loss have yielded promising but still inconclusive results, Loucks said.

Intervention testing is the next phase in Loucks’ work. He and co-author Willoughby Britton, assistant professor (research) of psychiatry and human behavior and of behavioral and social sciences, recently received a $4.7-million grant from the National Institutes of Health to study whether mindfulness helps people stick to a medically prescribed behavioral regimens, such as changes in diet or increases in physical activity.