ANN ARBOR, Mich. — A new study debunks the myth that younger moms are more likely to “bounce back” after having a baby – teenage pregnancy actually makes women more likely to become obese. 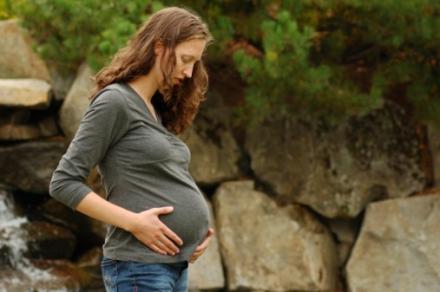 Women who give birth as teens are significantly more likely to be overweight or obese later in life than women who were not teen moms, University of Michigan Health System researchers found.

The nationally representative study, which is the first believed to identify teen pregnancy as a predictor of obesity, appears in the American Journal of Obstetrics & Gynecology.

“When taking care of teen moms, we often have so many immediate concerns — child care, housing, school, social and financial support — that we don’t often think of the long term health effects of teen pregnancy,” says lead author Tammy Chang, M.D., MPH, MS, a clinical lecturer in the department of family medicine at the U-M Medical School and a Robert Wood Johnson Foundation Clinical Scholar.

“For the first time, we’ve identified our youngest moms as a high risk group for obesity, which we know to be one of the most debilitating, long-term health issues we face.”

The study was based on data from The National Health and Nutrition Examination Survey (NHANES), a national study designed to assess the health and nutritional status of adults and children in the United States.

After controlling for factors such as race, education, and socio-economic indicators, researchers found that women who had first given birth between the ages 13-19 had a 32 percent higher risk of obesity than women who had given birth at age 20 or later. The findings also showed that a significantly fewer number of women with a teen birth were normal weight compared to women without a teen birth.

“We need further studies to better understand the link between teen birth and obesity, so that physicians and policymakers can provide the best care to teen mothers and women who have given birth as teenagers,” Chang says.

Despite declines in the last two decades, teen pregnancy rates in the United States continue to be one of the highest in the developed world. Obesity rates among reproductive age women in the U.S. also remains high, with between a quarter and a third of women age 20-44 categorized as obese. Pregnancy itself is a strong risk factor for obesity.

‘We know that teen pregnancy is tied to certain immediate risks, such as babies having low birth weight and mothers struggling to complete high school – and now we know that it is also associated with poor long-term health outcomes,” says Chang.

“Obesity is a prevalent, expensive health problem with detrimental health consequences and it’s difficult to reverse, which is why it’s incredibly important to identify at risk groups early so that we can intervene.”

Additional Authors:  HwaJung Choi, Ph.D., Caroline R. Richardson, M.D., and Matthew M. Davis, M.D., MAPP, all of U-M. Richardson and Davis are both alumni of the Robert Wood Johnson Foundation Clinical Scholars program and Davis is also a program co-director at the U-M. Richardson is also a member of the U-M Institute for Healthcare Policy and Innovation.