Nearly Half of Pregnant Low-Income Women Do Not Want to Be Sent Home From Hospital After Diagnosis of False Labor, Baylor Study Shows 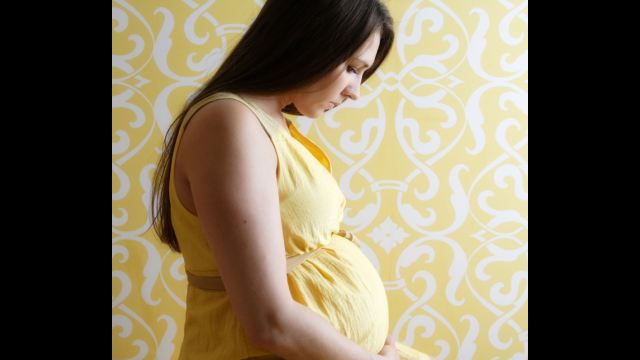 Many of the women dissatisfied with being sent home stated that receiving specific written instructions about when to return to the hospital may have made them happier about going home. However, there was evidence that women did receive prenatal instructions about latent labor, according to the study, “Perceptions of Care in Women Sent Home in Latent Labor,” published in The American Journal of Maternal/Child Nursing.

Another finding was that comfort is a major aspect of satisfaction with care in latent labor, said study corresponding author Mary Ann Faucher, Ph.D., C.N.M., F.A.C.N.M., associate professor of LHSON.

The study was based on a telephone survey of 100 low-income pregnant women at term presenting for care in latent labor. Faucher noted that no previous studies about the latent labor experience have included disadvantaged populations of women.

Findings were consistent with similar previous studies of more affluent women inside and outside the United States, researchers said.

The study took place in a 968-bed teaching hospital that provides care to approximately 22,000 women a year. Forty-seven percent of the patients are Hispanic and 31 percent are African-American, with a “payer mix” that is 30 percent Medicaid and 26 percent charity care.

In the survey, done from Oct. 12, 2011, until Jan. 2, 2012, women were asked 12 questions. One sample question was whether they were happy being sent home in early labor. If a woman answered “No,” a follow-up question asked why they were unhappy and offered a list of reasons. The women could choose more than one answer.

“Eating, drinking and comfort measures were the most common ones women cited that would have made them feel better when in the hospital,” the report noted. “A recurring response from women was their desire for very clear and specific written instructions about how to stay comfortable at home and when to return to the hospital.”

The study also showed that:

• 97 percent of the women felt that they received enough attention before being sent home.

• More than 60 percent reported that they would have felt better if they had been able to eat (68 percent), drink (95 percent) or walk (72 percent).

• 36 percent wanted clearer instructions about when to come back.

All the women were asked what would have made them happier about going home and given a list of choices. Answers show that 86 would have liked a follow-up phone call after discharge; 66 wanted written instructions about what to do at home to stay comfortable; 47 women wanted instructions about when to return; and 36 wanted pain medication before being sent home.

Eighty-two women stated that keeping them in the hospital longer would not have improved their perception of care.

There are three stages of labor: beginning labor to full cervical dilation, the pushing phase ending with the delivery of the infant and passage of the placenta. Latent labor is the preparatory phase of the first stage. During latent labor, contractions become more frequent, stronger and regular, with thinning of the cervix. Latent labor may take a few days or be as short as a few hours, Faucher said.

Previous research has established that clinical diagnosis of labor is challenging, with no laboratory tests or procedures that definitively characterize the difference between latent and active labor. Multiple studies have reported that women are conflicted about care in the latent phase of labor. Some women may be more satisfied with care by spending the latent phase of labor at home rather than in the hospital because they are free to move about, eat and drink freely, as well as feeling more in control. Other women feel insecure about staying home and want the care of a health professional. Research also has shown that early labor admission practices can increase the likelihood that care will include more technological interventions, many of which have been reported to decrease maternal satisfaction and increase complications.

Researchers in the Baylor/Parkland study noted that customer satisfaction is an imperative for businesses, including the health care industry.

The study concluded: “Even with the best prenatal instructions, some women are inevitably going to present to the hospital in latent labor. Therefore, hospital best practice should consider policies of ambulation, light nourishment for these women and expanding and diversifying comfort measures while these women are being assessed for admission. The voice of laboring women is calling on care providers to listen to them, inform them about what is going on in their bodies, provide them anticipatory guidance and offer them comfort in all ways possible.”

Baylor University is a private Christian university and a nationally ranked research institution, characterized as having “high research activity” by the Carnegie Foundation for the Advancement of Teaching. The university provides a vibrant campus community for approximately 15,000 students by blending interdisciplinary research with an international reputation for educational excellence and a faculty commitment to teaching and scholarship. Chartered in 1845 by the Republic of Texas through the efforts of Baptist pioneers, Baylor is the oldest continually operating university in Texas. Located in Waco, Baylor welcomes students from all 50 states and more than 80 countries to study a broad range of degrees among its 11 nationally recognized academic divisions. Baylor sponsors 19 varsity athletic teams and is a founding member of the Big 12 Conference.

ABOUT LOUISE HERRINGTON SCHOOL OF NURSING

The Baylor Louise Herrington School of Nursing was established in 1909 as a diploma program within Baylor Hospital in Dallas, which is now Baylor University Medical Center, and in 1950 became one of the six degree-granting schools of Baylor University. The first Bachelor of Science in nursing degrees were awarded in 1954, establishing the school as one of the oldest baccalaureate nursing programs in the United States. In 1999, the School was renamed the Louise Herrington School of Nursing after Louise Herrington Ornelas, a 1992 Baylor Alumna Honoris Causa, made a $13 million endowment to the school. The School offers a bachelor of science in nursing degree and a master of science in nursing degrees in advanced neonatal nursing, nursing administration and management and family nurse practitioner programs, which are accredited by the Commission on Collegiate Nursing Education. The School also offers a nurse midwifery doctorate in nursing practice.