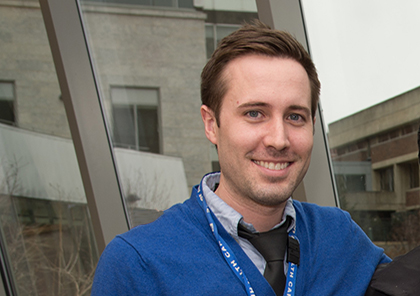 As many as one in every 50 children age 6 to 17 is identified as having autism spectrum disorder, which impairs social interaction and communication. The increasing prevalence of autism has boosted the desire to pinpoint causes, and everything from parents’ ages to vaccination has come under scrutiny by researchers looking for a link.

Over the past five years, several studies have focused on infertility treatment, partly because of the coincidental rise in both the diagnosis of autism and the use of assisted reproduction, says Sean Ackerman, M.D., a child psychiatry fellow at Fletcher Allen Health Care and clinical instructor in psychiatry at the University of Vermont College of Medicine.

“People are always looking for that silver bullet with autism,” he said.

Ackerman and his team found no such link when they studied previously collected DNA data from almost 2,000 children with autism to determine whether assisted reproductive technology – specifically, in vitro fertilization and two types of intrafallopian transfer – causes changes in genetic makeup that are associated with autism. The study results are published in the August 2014 Fertility and Sterility.

Until now, no one had studied genetic data, as opposed to epidemiology, to look for a connection between infertility treatment and autism, Ackerman says. He and his team – including UVM faculty members David Rettew, M.D., associate professor of psychiatry, and Robert Althoff, M.D., assistant professor of psychiatry – used the reams of data gathered from 2009 to 2011 for the Simons Simplex Collection, a project funded by the Simons Foundation Autism Research Initiative. Ackerman had worked on the project doing medical histories right after completing medical school at the University of Washington.

“When you have a ton of really great data sitting around, it’s sort of irresponsible not to use it,” he said.

Previous studies looked at the incidence of autism among children conceived with assisted reproductive technology, and results were inconsistent, says Ackerman. Most found no increased risk. A few raised the possibility of a slightly higher risk but also suggested that other factors, including the age of parents using assisted reproduction, could be the reason.

Ackerman developed a fascination with autism before attending medical school, when he took a job as a one-to-one kindergarten aide and was paired with an autistic boy. “I just thought the way he saw the world was so cool,” Ackerman says. “It was like going to another country.”

Child psychiatry, he decided, was the best specialty to focus on helping children with autism and their parents.

While Ackerman’s study doesn’t end those parents’ quest to determine the cause of the disorder – which he believes stems from a combination of genetic factors – it at least removes one of many nagging questions for people approaching infertility treatment.

“Sometimes,” he says, “answering a question ‘no’ is actually comforting.”

The University of Vermont