Taking a home pregnancy test can be daunting for both women who want to conceive and those not intending to. Knowing when to take a pregnancy test with an accurate result and avoiding an emotional roller-coaster is essential.

The best time to take a pregnancy test is to wait at least one week after the last missed period to allow enough time for the pregnancy hormone human chorionic gonadotropin (hCG) to increase. Taking a test upon waking in the morning can increase accuracy and reduce the chances of a false negative result in women with regular menstrual cycles.

This article looks at when the best time is to take a pregnancy test, what happens in those taking a test too soon and factors that can affect the test’s accuracy.

Pregnancy occurs when a sperm fertilizes an egg after its release during ovulation. This fertilized egg travels and attaches to the uterine lining, where implantation occurs. The placenta then forms and releases hCG into the bloodstream.

After implantation, the body takes approximately nine days after conception to produce detectable hCG levels in the urine.

Most pregnancy tests detect the presence of hCG in the urine when it reaches 20-50 mlU/ml, with some tests more sensitive than others. This means a lower hCG amount in the urine may produce a positive result in some tests and not others.

When Is The Best Time To Take A Pregnancy Test

Many pregnancy tests claim to be highly accurate, capable of detecting pregnancy from the first day of a missed period, and some even several days before.

However, waiting until at least one day after a missed period or one to two weeks after gives a more reliable result. To increase the accuracy, women can take a pregnancy test using the first urination in the morning when the urine is the most concentrated.

Apart from a missed period, pregnant women may also experience other signs and symptoms during early pregnancy that may warrant a pregnancy test, such as stomach cramps and breast tenderness or pain. Women who suspect that contraception has failed should also seek a test to determine or rule out pregnancy.

Pregnancy is usually determined by detecting hCG either in the urine or in the blood. Urine pregnancy tests are qualitative tests, which means it detects urine hCG to indicate a positive or negative result. Blood pregnancy tests can also be quantitative to detect and monitor varying hCG levels during pregnancy.

Home pregnancy tests use antibodies to detect hCG in the urine as HCG levels increase rapidly during early pregnancy.

Most pregnancy tests are 99 percent accurate when taken after a missed period. Since the body only produces hCG during pregnancy, any positive result typically indicates a pregnancy.

Repeating the test one week after a missed period may reveal a positive result after detecting sufficient hCG levels.

Not following instructions carefully on a home pregnancy test kit can affect results, as can checking results on a test strip too soon; both giving rise to a false-negative result.

False-negative results may affect how women take precautions towards their unborn baby, such as unknowingly taking other medications that can harm the fetus or continuing smoking or drinking alcohol.

Although rare, a false-positive result indicates pregnancy even though one is not present and can cause unnecessary alarm in women not intending to get pregnant.

False-positive results can occur in those taking fertility medication that contains hCG. These medicines may interfere with test results if they are used too close together in time.

Unfortunately, false-positives may also occur after a recent miscarriage soon after implantation occurs (biochemical pregnancy). Other reasons for false-positives include ectopic pregnancy, menopause or ovary complications.

Although most home pregnancy tests claim to be more than 99% accurate when used from the first day of a missed period, studies show that this may not be entirely true when used in a home setting. The accuracy claimed is based on urine sample testing by qualified laboratory technicians under ideal conditions.

Here are some factors that may influence the accuracy of pregnancy test results:

Under normal circumstances, a urine pregnancy test is sufficient to confirm pregnancy, but certain situations may warrant a blood pregnancy test.

A blood pregnancy test typically involves taking a serum blood sample and analyzing hCG content to determine pregnancy. Most blood tests are more sensitive than urine tests, which means they can detect a lower hCG level to confirm a positive result.

In addition, blood pregnancy tests can detect hCG levels in the body up to two to four days earlier than a urine test, so they may be of use in those wanting an earlier pregnancy confirmation.

When to Use Blood Pregnancy Tests

Healthcare providers may monitor hCG levels over time by using blood pregnancy tests in certain conditions, such as women carrying multiple babies or those at higher risk pregnancies.

Doctors can also use blood pregnancy tests to confirm or rule out pregnancy complications, such as ectopic or tubal pregnancy and women with persistent negative test results despite no signs of a period.

When to See a Doctor

Although home pregnancy tests can detect pregnancy, it gives no information as to viability. Women with a positive result should make an appointment with a healthcare provider to confirm pregnancy.

A doctor may want to measure hCG concentrations by suggesting another urine test or a blood test. Having an ultrasound can also confirm how far along a pregnancy is and may also be able to detect a fetal heart rate.

Women should contact their doctor after repeated negative results with no signs of a period. Sometimes, other medical disorders result in missed menstrual cycles, such as stress, thyroid conditions, and ovary complications.

Those who have mixed pregnancy results with multiple tests should see a doctor to determine if the pregnancy is progressing normally. 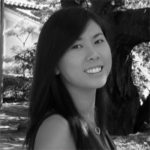 Christina Cheung holds a Master’s of Pharmacy from the University of Bath (UK) and is a freelance writer specializing in medicine and science. With over a decade of experience as a community and hospital pharmacist both in the UK and abroad, she has dealt first-hand with patients facing medical difficulties and decisions. She now writes to promote medical health and wellness to better the community. Christina also has a published science blog with a passion for inspiring and encouraging medicine and science for kids and students. While not writing, she can be found strolling through the country parks with her family and pet dog.