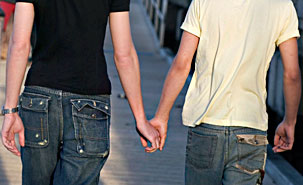 “Statistics Canada’s national surveys are essential for undertaking credible research, because of the large sampling size and rigorous methodology they use,” Gagné said. “But there’s currently no study that looks at stress and discrimination in terms of sexual orientation and health.”

Studies undertaken by the statistical agencies of Canada and Quebec show health and social inequality between people of different orientations in areas like salary, high school dropout rates, risky sexual activity and other unhealthy behaviour, such as alcoholism amongst lesbians.

However, all of the surveys to date have issues concerning an authentic measure of sexual orientation. “The inclusion of sexual orientation as a question in Statistics Canada’s General Social Survey and Canadian Community Health Survey followed a 2003 law change regarding discrimination in the workplace that put sexual orientation in the same category as religion, gender, and ethnicity,” Gagné explained. Still, that question is poorly constructed and confuses together behavior and self-identification. “Indeed, the survey only considers people on the basis of self-identification, whereas we know that we have to use several indicators to identify these at-risk people.”

“Considering this group represents between 1% and 3% of the population, that they have particular health needs, and that they are already in a vulnerable position, changes must be made,” Gagné insisted. In addition to creating a new questionnaire, questions relating to sexual orientation should be updated and added to other existing surveys, following the example of the United States and the United Kingdom.