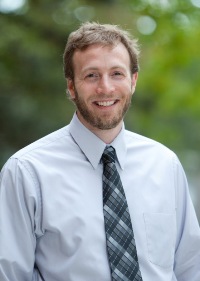 Recent international studies haveshown that the two latest rotavirus vaccines, approved in 2006 and 2008, may beassociated with a small increase in cases of intussusception, a severe form ofbowel obstruction, among infants. An increase in intussusception among vaccinated infants is the same reason the original vaccine was withdrawn from the marketplace in 1999.

Recent international studies have shown that the two latest rotavirus vaccines, approved in 2006 and 2008, may be associated with a small increase in cases of intussusception, a severe form of bowel obstruction, among infants. An increase in intussusception among vaccinated infants is the same reason the original vaccine was withdrawn from the marketplace in 1999.

However, the re-introduction of rotavirus vaccines in the United States did not appear to increase the rate of hospitalizations for intussusception, according to a new U-M investigation that is the first of its kind in the U.S.

Rotavirus can cause vomiting, abdominal pain, and severe diarrhea among those who contract it and frequently requires hospitalization for infants and young children. Prior to 2006, it was the leading cause of gastrointestinal illness among children in the U.S.

Currently, over 70 percent of infants in the US have been vaccinated against rotavirus. The re-introduction of rotavirus vaccines is credited with reducing the number of diarrhea-related outpatient visits, emergency department visits, and hospitalizations among children.

The latest versions of the rotavirus vaccine were licensed following studies in over 70,000 children, which showed no increased risk for intussusception among those vaccinated. However, there has been lingering concern that a small amount of risk may have been missed in these studies.

The investigators examined data trends from the decade prior to vaccine re-introduction (1997-2006) and then made comparisons to data after vaccine re-introduction. Based on the trends, the investigators expected to see 36 intussusception-related hospitalizations per 100,000 children under 1-years-old in 2009. Despite the re-introduction of the vaccines, there were only 33.3 hospitalizations per 100,000 children in 2009, making it very unlikely that the vaccines lead to additional cases.

“We always need to carefully weigh the risks and benefits of childhood vaccines. Fortunately, our results suggest that rotavirus vaccines have not increased the rate of intussusception in the U.S.,” says Joe Zickafoose, M.D., M.S., a clinical lecturer in Pediatrics and Communicable Diseases at the U-M Medical School and research fellow with the Child Health Evaluation and Research Unit.

Data utilized in the study was from the Healthcare Cost and Utlization Project’s Kids’ Inpatient Database, which is a sample of 80 percent of national pediatric discharges. The study focused on children younger than 1 year-old based on previous data which showed the most cases on intussusception occur within weeks of the vaccine being administered at ages two, four and six months old.

“We hope that our study provides information that will continue to reassure parents that the benefits of rotavirus vaccine outweigh the risks,” says Zickafoose, lead author of the study.

About the Child Health Evaluation and Research Unit (CHEAR):

Founded in 1998, U-M’s CHEAR Unit is a national leader in the analysis of the American health care system and the organization and financing of care for children. Since its inception, the CHEAR Unit has been awarded over $40 million in research grants from federal, state, and foundation sources. The CHEAR Unit comprises core faculty from the Schools of Medicine, Social Work, Dentistry, Pharmacy, Nursing, Public Health, Business and Law. Multidisciplinary teams provide the structure for research of community, state and national child health policies, practices, and programs. There are more than 30 faculty affiliated with CHEAR.

The University of Michigan C.S. Mott Children’s Hospital is consistently ranked as one of the best hospitals in the country. It was nationally ranked in all ten pediatric specialties in the U.S. News Media Group’s 2011 edition of “America’s Best Children’s Hospitals” including third in the country for heart and heart surgery. In November, the hospital moves to a new 1.1 million square feet, $754 million state-of-the-art facility that will be home to cutting-edge specialty services for newborns, children and women.