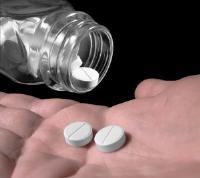 A new electronic medication management system specifically developed for use in residential and nursing homes has been shown to significantly reducedrug administration errors, according to research completed by UWE Bristol and the University of Warwick.

Senior Research Fellow (Visiting) Deidre Wild from UWE Bristol said, “The majority of residents are cared for in a residential home with no onsite nursing staff. In such homes the management of prescribed medication is undertaken by social care staff who may have had no formal training in safe practice. Prior to technology introduction, only 12% of staff administering drugs reported they were aware of administration errors occurring in their care home.”

Professor Ala Szczepura of Warwick University, said,“Older people in long-term residential care are clearly at increased risk of medication errors. It is known that in England 45% of all care homes in 2005 failed to meet the minimum standard for medication management. New technology (a computerised barcode system) can accurately alert staff to, and prevent, inappropriate attempts to administer drugs to residents. This tool can reliably be used by care staff as well as nurses to improve quality of care and patient safety.”

Commenting on the research, Tariq Muhammad, Managing Director of Pharmacy Plus who developed the system, said, “This has been a really important project looking at an often neglected area, the safety of people in residential care homes. Care homes are not generally considered a priority. But they account for a large amount of NHS and social care costs and time. One in 15 hospital admissions is due to medication errors, and the resultant cost of hospital stays to the NHS is £1 billion per year.”

· The care home sector is an increasingly important provider of long-term care for older people. In England, over 18,000 homes currently provide beds for more than 453,000 people, compared to 167,000 beds in hospitals.

· The study was undertaken in:

13 care homes (9 residential and 4 nursing) in the South West, Midlands and North West of England
• they included small and large homes, commercial and not for profit
• all homes were rated as good or higher by national regulator inspection.

· The evaluation was carried out by Prof. Ala Szczepura of Warwick Medical School and Deidre Wild and Sara Nelson of UWE, Bristol, and follows on from earlier research on care home staff upskilling (http://www.biomedcentral.com/1472-6963/8/269), whose findings featured in the 2010 Government White Paper’Building a National Care Service‘.