In a new study based on surveys of hikers in New Hampshire’s White Mountain National Forest, Brown University researchers find that many people hit the trails without essential equipment, often because they don’t think it’s needed for short hikes. Young, inexperienced hikers were most likely to lack essential gear. 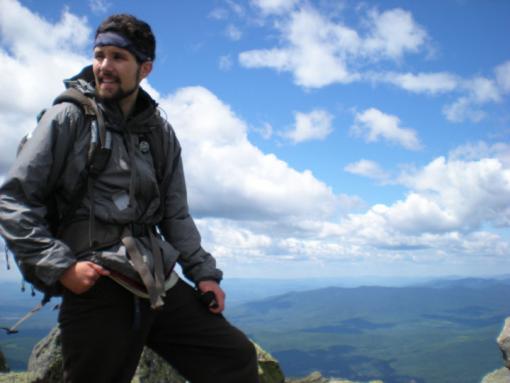 Young and inexperienced hikers were most likely to lack multiple items recommended by the State of New Hampshire’s HikeSafe program, according to a paper in press at the journal Wilderness & Environmental Medicine. Hikers were also less likely to prepare fully if they were planning a short hike, even though those can quickly become dangerous.

The young and the compassless    Medical student Ryan Mason surveyed hikers in the White Mountains, asking what they had brought along for safety. Only 40 percent were packing at least eight of the 10 essentials: map, compass, knife, rain gear, fire starter, and so forth.

HikeSafe’s list of 10 essential items, which are needed on any hike of any duration, are a map, a compass, extra clothes, rain gear, a fire starter, a flashlight, extra food and water, a knife, a first aid kit, and a whistle. Each year, scores of imperiled hikers require search and rescue missions in the state, but little quantitiative research exists on how and why they end up in trouble.

“One of the goals of this paper was to figure out where are the gaps, what are people missing, and what are people good at,” said Ryan Mason, a rising fourth-year student in the Warren Alpert Medical School of Brown University. Mason is lead author of the study that appeared online May 17 in advance of publication.

Mason did the research as part of his scholarly concentration during medical school, with advising from co-authors and emergency medicine doctors Selim Suner and Kenneth Williams of the Alpert Medical School and Rhode Island Hospital.

To compile the data, Mason surveyed 199 hikers in the summer of 2011 at the heads of three trails of varying difficulty in the national forest. Mason, who before medical school worked for several summers to maintain hiking trails in parks around the country, asked the hikers 22 questions about what gear they were packing, whether they had told others of their hiking plans and checked the weather, and why they packed or omitted what they did.

Overall, Mason found, three out of five hikers brought seven or fewer items, his cut-off point for preparedness. Only 18 percent of hikers packed all 10 items.

Mason said he found it encouraging that two out of five hikers were prepared in that they brought more than seven of the 10 items, but some kinds of hikers were clearly less prepared than others.

The young and the compassless

Mason, Suner and Williams made several other findings:

While many hikers did not bring a compass, 122 out of 199 brought GPS technology. But most of those hikers (95 out of 122) brought GPS-enabled cell phones, which have little or no reception within the park (even dedicated GPS receivers can sometimes fail there).

In other regions of the country, different equipment might be needed for a safe hike, Mason noted. While this study only examines New Hampshire, Mason said that rescue organizations often perceive most hikers as underprepared.

In Rhode Island, Suner said, he has seen emergency department cases involving wilderness bikers who weren’t fully prepared, and suggested that the overall principle of properly equipping oneself applies to all outdoor adventures, including boating.

With a better understanding now of where the gaps in hiker preparedness are, Mason said, further education could help the numbers improve and keep unfortunate injuries and costly search and rescue missions to a minimum.