Guidelines Help Physicians Answer the Question: 'How Long Do I Have to Live?'

“How long do I have to live?” is a question senior citizens and those battling terminal illness often ask their doctors.

Now, a UC San Francisco-led team of physicians publishing in Wednesday’s New England Journal of Medicine have created a set of guidelines for doctors and other clinicians to use for communicating uncertain prognoses to patients. 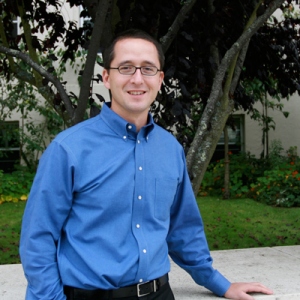 Prognosis – the science of predicting how long a patient will live – can be a complex undertaking because uncertainty is an inherent part of predicting medical outcomes.

“It used to be that making a prognosis was a fundamental part of what we did, and that’s waned over time as we’ve focused more on diagnosis and treatment,” said senior author Alexander K. Smith, MD, MPH, assistant professor of medicine in the UCSF Division of Geriatrics. “But providing a prognosis is still an essential part of what we do. Patients ask about it. It is important for nearly every medical decision in older adults.”

Smith and his colleagues at University of Pittsburgh assessed what clinicians’ responsibility should be for providing a prognosis. “On the one hand,” he said, “they should not use uncertainty as an excuse to avoid the conversation entirely.  On the other hand, how should they help patients deal with uncertain information, given that uncertainty tends to produce so much anxiety in patients?”

The co-authors developed several guidelines for clinicians to use in addressing the issue with patients, summarized here:

Smith says he normalizes uncertainty in his clinical practice by using ranges of predicted dates in a prognosis, rather than specific dates.  “I often say to my patients, ‘You’re wondering how much time you have left. I could pick a date, but I can guarantee that I would be wrong,’” Smith said. “So when I’m giving a prognosis, I often say days to weeks, weeks to months, or months to years. Acknowledging uncertainty is a big part of prediction.”

The guidelines also encourage clinicians to be more cognizant of patients’ emotions when discussing prognosis.

“Studies have shown that most clinicians tend to terminate emotional conversations and move on to more comfortable territory, such as treatment options,” Smith said. “Clinicians need to learn to ask open-ended questions, and respond to emotional statements.”

Smith believes this framework could bridge the gap between how clinicians and patients approach the topic of prognosis.

“Clinicians care about prognoses because they are important for making clinical decisions, such as, ‘Should I screen this patient for colon cancer?’” he said. “It would only make sense to do a screening if the patient were going to live long enough to benefit from detection of the disease.”

But patients don’t think about prognosis in medical terms, he said. “They want to know for social reasons. They want to know in order to make life decisions, such as, ‘Should I save for long-term care? Should I move closer to the grandkids now while I’m still able to?’ Those are the sort of things that patients care about.”

How clinicians talk to their patients about how much time they have to live becomes even more important as patients come to terms with their own mortality, according to Smith.

”From our perspective, the science of prognostication has outpaced the art of communication about prognosis,” he said. “So I think we need to move ahead on both fronts.”

This study was supported by The Greenwall Bioethics Foundation and the National Institutes of Health.

The authors have reported that they have no conflicts of interest relevant to the contents of this paper to disclose.